[SatNews] Since late 2011, when the Pleiades A satellite was launched from Kourou, GN&C equipment built by Airbus Defence and Space Electronics have enabled Earth Observation (EO) missions to become more efficient.

Following Pléiades A, three additional satellites, Pléiades B, SPOT 6 and Spot 7 were launched, each with agility capabilities, based on Control Moment Gyroscope (CMG) technology. With four satellites on orbit, cumulative life time has reached more than 35 years. Based on the CMG technology, Airbus Defence and Space now develops the NEWTON agility package family of subsystems which allows customers to easily implement actuators. 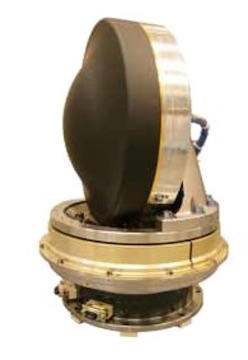 The use of NEWTON increases the operational efficiency of Earth Observation, and makes agile satellite missions possible. Satellites equipped with NEWTON are able to significantly reduce the re-visit time and increase the number of image scenes acquired on an area. For agile satellites within a given area, shorter acceleration and braking phases allow the line of sight to be quickly re-targeted. Steering rules and control electronics are included as part of the NEWTON package from Airbus Defence and Space.

While similar CMG technology has been previously applied, the Airbus Defence and Space approach significantly reduces equipment cost, allowing an agile satellite to become more affordable. One key difference was to “not reinvent the wheel”, but to reuse an existing space qualified reaction wheel within the NEWTON mechanical actuator design. Additionally, a building block approach was deployed so that major assemblies are interchangeable between NEWTON packages expediting development cycles and reducing parts count.

With this approach Airbus Defence and Space has now available a NEWTON family of products designed for a wide range of satellite platforms, from 500 kg to even more than 2000 kg. The mechanical actuators of these packages are all derived from the flight proven 15-45 CMG successfully used on the Pléiades and SPOT Earth Observation missions.

To learn more about NEWTON and other satellite products from Airbus Defense and Space visit them at Space Symposium, booth 204, Ball Aerospace Exhibit Center and Pavilion.