[SatNews] A decommissioned Soviet military satellite will burn up in the atmosphere on Sunday in an uncontrolled descent—surviving fragments may hit Earth, according to an aerospace defense official in a RIA Novosti report. 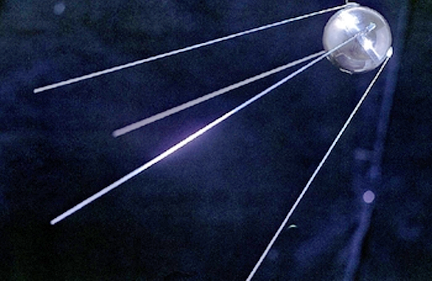 Image is courtesy of http://the-day-x.ru/.

The military is actively monitoring the satellite using its space tracking network, which has indicated that it will impact the Pacific Ocean on Sunday, Colonel Alexei Zolotukhin said Friday.

“As of February 7, 2014 the fragments are expected to fall on February 16. The exact impact time and location of the fragments from the Kosmos-1220 satellite may change due to external factors,” Zolotukhin said.

Uncertainty over the reentry time means that the satellite, orbiting in a high-inclination orbit, could impact nearly any point on Earth's surface, including populated areas. The size and weight of the Kosmos-1220, a naval electronic surveillance satellite, remain unknown, although the Tsiklon-2 rocket it was launched on in 1980 has a maximum payload capacity of around three metric tons.

Modern satellites are designed to enter so-called “graveyard orbits,” far from operational spacecraft, at the end of their service life in order to reduce the accumulation of space junk in orbit. In 2009, another decommissioned Kosmos satellite moving at over 40,000 kilometers an hour (26,000 miles per hour) collided with a US Iridium telecom satellite in the first ever high-speed crash between two man made objects in space. The accident spewed thousands of pieces of space junk into LEO which, according to a representative from the Vympel space defense company, increased the risk of damage and loss-of-life for future spaceflights by 20 to 30 percent.

“Today, fully five years after the accident, there are still some 1,500 large fragments of the satellites in orbit, which are a tremendous threat. These objects will be in orbit for another 20 to 30 years,” the spokesperson told RIA Novosti.