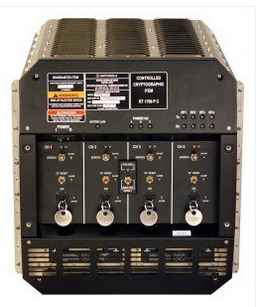 Using the MUOS satellite communications and ground station simulators, the DMR radio successfully completed voice calls and data transmission to and from the DMR to an Army AN/PRC-155 two-channel Manpack radio. DMR is the U.S. Navy's networking radio currently operating on many Navy vessels and on shore locations. 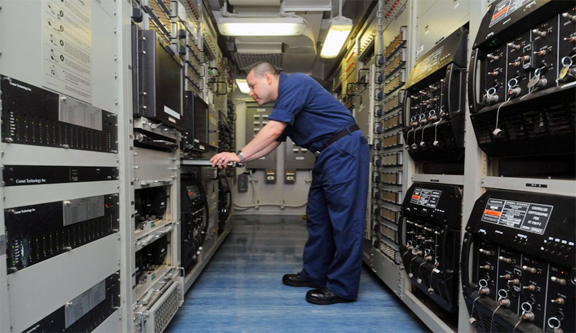 Photo is courtesy of the U.S. Navy.

DMR was the first software-defined radio used by the U.S. military. As a digital radio, adding new operating upgrades and enhanced capabilities, like connecting with the narrow-band MUOS satellite network, are completed by software with few hardware changes keeping the radio operationally current and cost-effective for the Navy. There are currently 500 secure, four-channel DMR radios supporting Navy operations worldwide.

"The success of this test is important because it demonstrates the Navy's work, in collaboration with the Army, to deliver on the promise of the MUOS satellite communications to joint forces worldwide," said Chris Marzilli, president of General Dynamics Mission Systems.