Executive director Robert Bell recognizing the talents and achievements of these industry leaders said that SSPI holds out their example to a new generation of innovators in space and satellite, who may one day be inducted into the Hall of Fame. Their achievements — not just in business success but in harnessing satellite technology and services — help to transform life on Earth for the better.”

The latest members of the Space & Satellite Hall of Fame will be inducted during the 2020 Hall of Fame Celebration ceremony on March 10, the second night of the SATELLITE 2020 convention and exhibition. The celebration will take place at the Longview Gallery, a modern art installation just steps away from the Convention Center. The inductees were selected by SSPI’s Board of Directors under the leadership of SSPI Chair David Myers, President of the Communications Sector, Peraton, and of SSPI President Thomas Van Den Driessche, President of the Executive Strategy Board and Chief Commercial Officer of ST Engineering iDirect.

The Space & Satellite Hall of Fame recognizes the invaluable contributions of the visionaries who transform life on planet Earth for the better through space and satellite technology. Members of the Hall of Fame are recognized pioneers in communications, aerospace, scientific research, or the development and delivery of space and satellite applications for business, institutions and government. 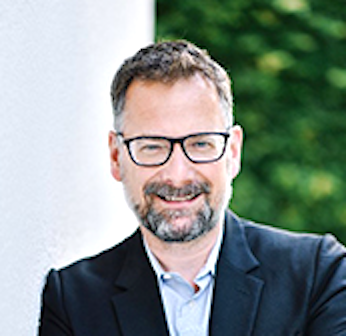 Steve Collar, CEO, SES
In 2011, Steve Collar became CEO of O3b Networks, the company founded four years earlier by Hall of Famer Greg Wyler. The impact of his leadership soon made itself felt. Within two years, the company launched the first four satellites of its pioneering MEO constellation and added another eight the following year, and later bringing the number of O3b satellites launched to 20 in 2019. By 2016, O3b Networks had built a firm backlog of $350 million with more than $100 million in current-year revenue, making it the fastest-growing satellite operator in history.

SES was one of the company’s early investors and, in 2016, exercised its option to acquire O3b Networks. The deal created the first communications satellite operator with spacecraft in both GEO and MEO orbits. Steve was appointed CEO of SES Networks, the newly-formed data-centric business unit of SES, in May 2017. Less than a year later, he became CEO of SES. Under Steve’s leadership, the company used its unique mix of GEO and MEO coverage to deliver high bandwidth to the mobility market, where maritime and aero are delivering strong growth. SES has also driven open networking initiatives as well as partnerships with cloud service providers into the satellite industry, advancing its vision to make satellite networks a seamless extension of the global communications ecosystem, becoming the first satellite network solutions provider to adopt an Open Network Automation Platform. In 2017, SES announced plans for a next-generation MEO constellation called O3b mPOWER, which will generate 35,000 electronically-steerable beams, delivering the flexibility to configure bandwidth, power and routing dynamically.

Steve Collar is a veteran of the industry, having previously worked for Matra Marconi Space (now Airbus) and New Skies Satellites. Yet he saw and responded to the overwhelming need for his industry to step out of its traditional silo and become a fully integrated part of the global telecom industry by adopting its standards, taking advantage of its high rate of innovation, and pointing clearly to a new future for SES and the satellite communications business. Read more about Steve. 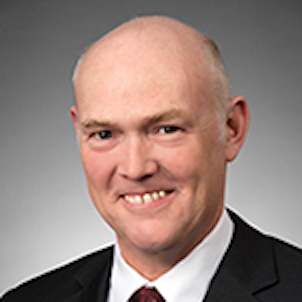 Tory Bruno, President & CEO, United Launch Alliance
Tory Bruno came to the United Launch Alliance (ULA) in 2014 after a long career managing programs for some of the most advanced and powerful weapons systems in the American arsenal. When he was tapped to lead ULA – a joint venture of Lockheed Martin Space Systems and Boeing Defense, Space & Security – the company was at a crossroads. What had been an effective monopoly on national security and NASA missions had turned competitive as new commercial competitors entered the business.

Tory launched a major restructuring of the company to improve its customer service, shorten launch cycles and cut launch costs in half – while maintaining its unprecedented 100% success rate on launches. Over a wrenching year or two, he restructured the company, reduced the number of launch pads the company used, and relentlessly advocated for the importance of space to the future of the nation. These difficult changes produced quick and impressive results. The company won competitive bids for the Space Test Program from the Defense Department and the Parker Solar Probe from NASA as well as multi-billion-dollar competitive bids for national security satellite launches. To maintain that momentum, the company began development of a new launch vehicle, the Vulcan Centaur rocket, which is on track for first launch in 2021.

Tory Bruno’s leadership has enabled ULA to survive and thrive through the challenging transition to a competitive market and has preserved for the US government a launch provider whose first priority is serving the nation’s national security needs in space. Read more about Tory.

Paul Gaske, Executive VP and General Manager, North America, Hughes Network Systems
For much of its early history, the communications satellite business was all about video. TV distribution and contribution provided growing revenues and high margins, while giving broadcasters a uniquely cost-effective way to get programming to billions of viewers. But as early as the 1980s, Paul Gaske was pursuing a different destiny for the industry — a future in data networking. Working for Digital Communications Corp, which was acquired by MA-COM, he designed satellite TDMA for Intelsat signatories and became part of the team that invented the VSAT antenna and launched the satellite networking business.

Then in 1987, Hughes acquired the company and launched a revolution in satellite services. With Paul spearheading development of products and services, Hughes Network Systems grew into the world’s dominant supplier of VSAT technology for resource extraction, retail, enterprise networking and other markets, placing more than 6 million VSAT terminals in over 100 countries. Nine years later, he led the launch of a satellite internet service that is now known as HughesNet. In the decade since then, he drove the company through a series of investments and technical and operational advances: most notably the Jupiter System, consisting of high-throughput satellites in orbit, high-performance ground terminals and an enhanced air interface. The company has become the largest satellite ISP in the world, with a 69% US market share, and bridged the digital divide by bringing services to underserved markets not only in the US but in Latin America, Russia and other regions.

For more than four decades, Paul Gaske has played a central role in taking satellite communications where it was never originally envisioned to go – making it a vital part of the data communications that underpins the global economy of the 21st Century. Read more about Paul.