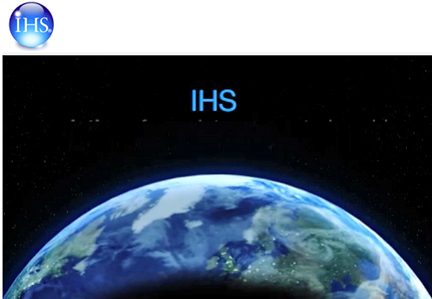 [SatNews] More than 8 billion Internet-connected video devices will be installed worldwide in 2017, exceeding the population of the planet, according to research from the Broadband Technology Service at IHS Inc. (NYSE: IHS).

The installed base of video-enabled devices that are connected to the Internet—a category that includes diverse product such as tablets, smart TVs, games consoles, smartphones, connected set-top boxes, Blu-ray players, and PCs—will expand to 8.2 billion units in 2017. This will represent a nearly 90 percent increase from 4.3 billion in 2013, as presented in the attached figure.

With the world’s population amounting to 7.4 billion people in 2017, this means that there will be 1.1 Internet-connected video devices installed for each global citizen.

“On average every human being in the world will possess more than one Internet-connected video device by the year 2017—a major milestone for the electronics market,” said Merrick Kingston, senior analyst, Broadband Technology, at IHS. “In practice, ownership of Internet-connected hardware will be concentrated among users whose homes are equipped with broadband connections. We’re quickly approaching a world where the average broadband household contains 10 connected, video-enabled devices. This means that each TV set installed in a broadband-equipped home will be surrounded by three Internet-connected devices.”

Asia-Pacific gets connected
The number of connected devices in the mature North American and Western European regions will grow at a relatively modest compound annual growth rate (CAGR) of 10 percent from 2013 to 2017.

On the other end of the regional spectrum, sub-Saharan Africa will contribute 145 million net additions to the total installed base during the next four years.

Challenges and opportunities
In order to cash in on this massive growth in Internet-connected devices, media companies across the operator, broadcast, consumer electronics manufacturing and over-the-top (OTT) businesses have embraced Internet protocol (IP) video distribution. Big names making a foray into IP video include HBO, Microsoft, DirecTV and Netflix.

However, all of these companies face a major challenge: how to wrap consumers into their ecosystems, given the proliferation of platforms, high switching costs and strong incentives for consumers to stay with their existing services.

Back in 2005, PCs comprised 93 percent of all connected devices. By the end of 2017, the base of connected devices will diversify dramatically, with PCs comprising only 23 percent of the connected installed base. Other devices will account for the rest of the market, including smart TVs at 5 percent, consoles at 2 percent, and smartphones and tablets collectively representing 67 percent.

“Addressing the full breadth of the device landscape, and recuperating the development cost of doing so, will pose a major challenge for a number of media firms,” Kingston added.