Money can move things ... people, property and, in this case, satellites. Momentus a provider of in-space shuttle services that move satellites between orbits, today announced a $25.5 Million series A investment round led by Prime Movers Lab and featuring investment from Y Combinator, the Lerner Family, the University of Wyoming Foundation, Quiet Capital, Mountain Nazca, ACE & Company, Liquid 2 Ventures, Drake Management, and others. 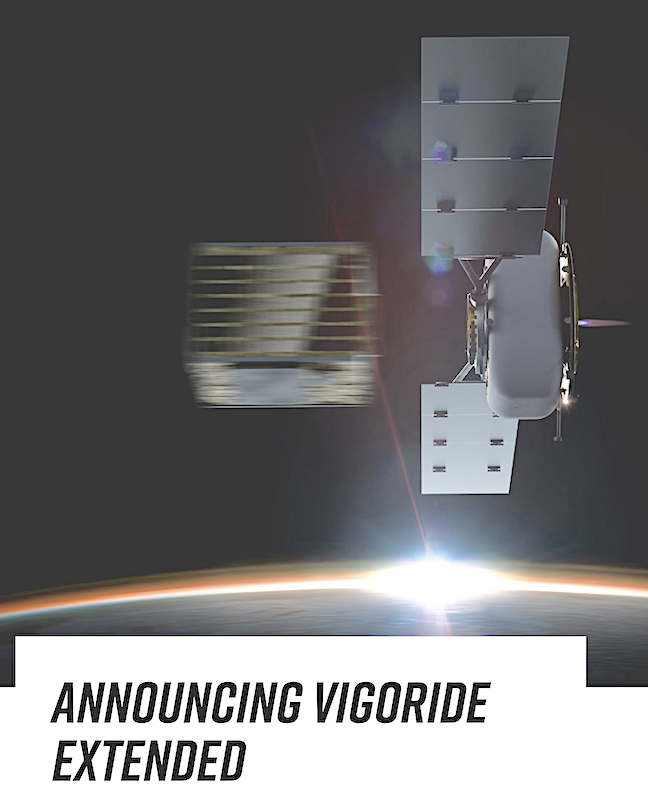 This most recent round has brought the total investment amount for Momentus to a total of $34 Million that will be used to continue development and in-space testing for Momentus’ Vigoride and Vigoride Extended in-space shuttles. The company also plans to accelerate hiring and expand research/manufacturing facilities at Momentus’ Santa Clara, California headquarters.

Three flights of the Vigoride shuttle service are already scheduled for 2020, with a 3-year backlog — including rides for over 50 satellites within LEO, to MEO and GEO. Bank of America Merrill Lynch sees the size of the space industry octupling over the next three decades, to at least $2.7 trillion1. In-space transportation is key to the overall health of the space economy. According to Global Space Launch Services Market Outlook (2017-20262), the space transportation market will grow from $9.7 billion in 2017 and up to $37 billion in eight years. Momentus graduated from the Y Combinator seed program in 2018 and recently participated in Y Combinator’s Series A program in 2019, which resulted in this raise.

Dakin Sloss, Founder, and General Partner at Prime Movers Lab said that in the past 18 months, Momentus has rapidly matured their water plasma propulsion system to deliver the world’s safest and most affordable in-space transportation services. They recently launched their first demonstration and are on track to radically reshape the landscape of the space economy. He looks forward to Momentus delivering on their massive backlog of contracts and partnerships with NASA, SpaceX and other top players in the space ecosystem.

Momentus Founder, CEO, and veteran space entrepreneur Mikhail Kokorich stated that this latest investment will accelerate the development of their technology and flight systems, as well as help conduct in-space flight tests and paid customer missions. Part of this effort will include moving most of their development in-house and investing in vertical integration. Finally, this money will also allow them to do additional flight demonstrations in 2020, and a semi-experimental mission that will prove their technology while generating their first revenue. They are also excited to announce several open positions for qualified candidates interested in the democratization of space transportation.