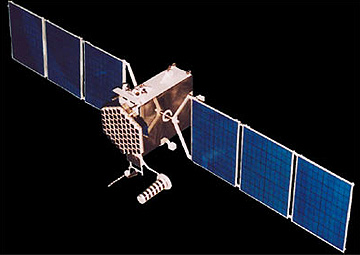 [SatNews] Russia will launch a new Glonass-K navigation satellite from the Plesetsk space center on February 24, according to the Defense Ministry.

The Glonass satellite network is Russia's answer to the U.S. Global Positioning System, or GPS, and is designed for military and civilian uses. Both systems allow users to determine their positions to within a few meters. "A state commission on the launch of a Glonass-K satellite on board a Soyuz carrier rocket from the Plesetsk space center held a meeting Thursday at the headquarters of the Russian Space Forces...and confirmed the launch date on February 24," spokesman Alexei Zolotukhin said. The Glonass-K, which has a service life of 10 years, will beam five navigation signals, four in the special L1 and L2 bands and one for civilian applications in the L3 band. The complete grouping must have 24 operational and 2 to 3 reserve satellites for Glonass network to operate with global coverage. Russia currently has a total of 22 Glonass satellites in orbit and will launch another three Glonass-M satellites on board a Proton heavy carrier rocket later this year to complete the orbiting Glonass grouping. (Source: RIA Novosti)
Topical Tags :
Agencies
Regulatory/Government
Launch
Satellite Operator
Regional Tags :
Europe