Thrusters are amazing, they can launch a rocket heavy with its payload, sending it thousands of miles per hour into the sky, and likewise have careful control over its thrust and speed when dealing with a delicate operation such as approaching the International Space Station to dock. 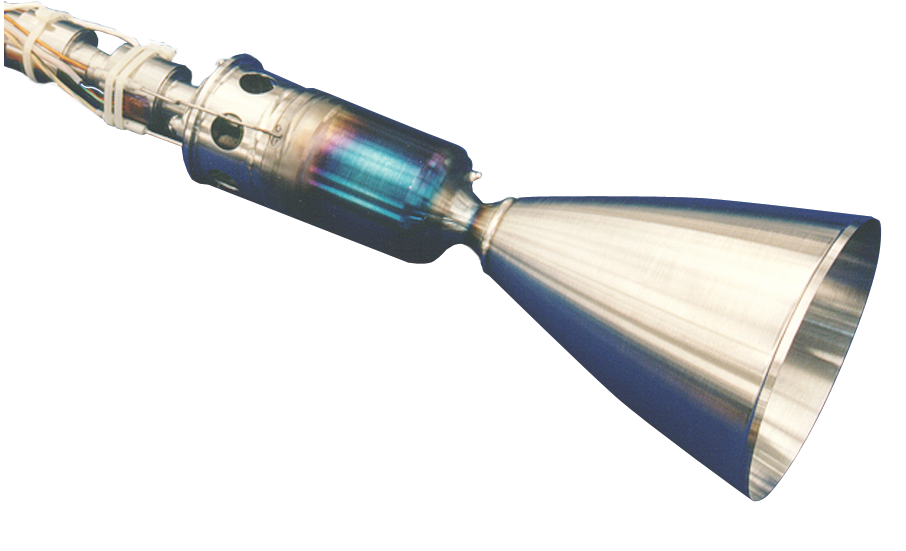 Once again the maneuvering thrusters supplied by Aerojet Rocketdyne guided Orbital ATK’s Cygnus cargo spacecraft to its ninth successful berthing to the International Space Station May 24. The Cygnus arrived three days after being launched aboard an Orbital ATK Antares rocket from the Mid-Atlantic Regional Spaceport on Wallops Island, Virginia

Each Cygnus is equipped with 32 Aerojet Rocketdyne MR-106M hydrazine thrusters, 20 on the service module and 12 on the pressurized cargo module. These thrusters, each generating seven pounds of thrust, provide attitude control as the vehicle maneuvers itself in orbit to berth with the station.

“Cygnus is another example of the versatility of our MR-106 thrusters, variants of which are used on launch vehicles, Earth orbiting satellites and interplanetary probes,” said Eileen Drake, Aerojet Rocketdyne CEO and president. “With more than 3,000 of our MR-106 thrusters flown, this thruster has become the industry workhorse for reaction control propulsion.”

The Cygnus spacecraft typically remain berthed to the space station for a number of weeks, during which time supplies are offloaded and the resulting volume is filled with station refuse. The spacecraft is then released from the station and steered back into the atmosphere, burning up along with its contents during reentry.