[Satnews] Space operators with the 2nd and 19th Space Operations Squadrons are preparing to dispose of two Global Positioning System satellites this month, a first for the units nicknamed Team Blackjack.

The units will conduct disposal operations for satellite vehicle numbers 40 and 37 during the second and third weeks of March, respectively. SVN 40 was launched in 1996, while SVN 37 launched in 1993. Both satellites performed more than double their design life of 7.5 years. 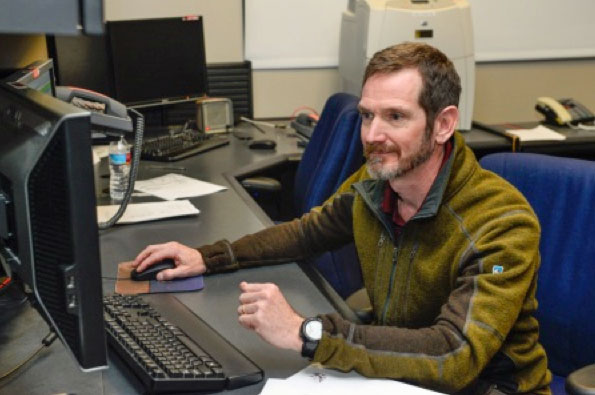 Joseph Carberry, Boeing Lead Satellite Bus Engineer, sends the final commands to SVN-40, nicknamed "dough boy," to turn cease transmission operations. the 2nd Space Operations Squadron spent a week moving the satellite outside operational orbit where it will now remain and continue to be tracked. SVN-40 was originally launched in 1996 with an expected use time of seven and a half years. Nearly 20 years later, the satellite was removed from service due to an attitude control failure. Carberry was the lead engineer when SVN-40 was initially launched.

Currently, SVN 40's reaction wheels, which stabilize the satellite, are ineffective. Whereas, SVN 37 has an unmovable solar array and therefore does not generate enough power. These two satellites were in a residual status, meaning that they were not contributing to the operational constellation or available to GPS users.

During the final contact with the vehicle, the satellite is commanded into the safest, lowest energy state possible. This means all fuel has been depleted from the fuel tanks, the batteries are unable to hold a charge and the vehicle is in a spin-stabilized configuration.

"We are always working to efficiently manage the constellation to ensure we continue to provide the most accurate signal possible to our worldwide users," said Maj. Roland Rainey, 2 SOPS director of operations.

Although the units have teamed to perform disposal operations several times before, they are not routine.

"We perform disposal operations more than most because we have such a large constellation," Rainey said. "We take these disposal operations seriously as we understand exactly what is at stake here, and that is the health and safety of the operational vehicles and their ability to deliver space effects to our customers down range. Cleaning up the constellation reduces risk to the overall GPS mission."

The total force team is critical to the success of disposal operations.

"While some of our active duty operators have seen or maybe even conducted disposal operations before, our Reserve counterparts have the most experience and having them working with us shoulder to shoulder is absolutely critical to ensure we do this right," said Lt. Col. Todd Benson, 2nd SOPS commander.

The units conducted just one disposal operation this past year and expect to complete four by year's end. These operations support the Air Force's GPS modernization efforts. The constellation's next launch, the first GPS III satellite, is currently slated for 2017.