iDirect Government (iDirectGov) has teamed up with UltiSat, R4 and SelectTech Geospatial to debut the Tactical Removable Airborne Satellite Communications (TRASC) at the iDirectGov booth # 1336 during the 2018 Special Operations Forces Industry Conference (SOFIC). 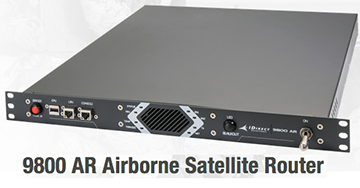 Designed for C-130 military transport aircraft, TRASC is a turnkey solution that brings together best-in-class, commercial off-the-shelf (COTS) components into a sophisticated airborne terminal to deliver cutting-edge SATCOM technology to the warfighter. 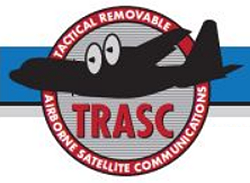 At the heart of TRASC is iDirectGov’s Federal Information Processing Standards (FIPS) 140-2 Level 3-certified 9800 AR designed to meet the highest levels of transmission security (TRANSEC) and support high data rates while moving at 1,000 miles per hour. This meets the rigorous environmental test standards for MIL-STD 810G, MIL-STD-461G, MIL-STD-704F, and DO-160G.

TRASC’s unique parabolic antenna is the only dual band antenna that can support both military and commercial Ka frequencies. TRASC works with various Ka-, Ku- X-band or a combination of these to support voice and data for C-130 airborne applications. In-flight testing while streaming high definition video from the aircraft demonstrated the ability to deliver a high throughput and transportable communications-on-the-move (COTM) SATCOM solution. TRASC is fully FAA-compliant, works on all C-130 variants and is compatible with existing iDirectGov hub-based SATCOM networks.

John Ratigan, the President of iDirectGov, said that the firm teaming up with leading companies on TRASC will provide the U.S. Air Force with a product that meets all the specified communications requirements for the military’s airborne needs, including TRANSEC and military operating standards. When the military needs communications technology to perform a particular mission, it becomes a costly and time-consuming endeavor to start from scratch and build a solution. This partnership enables the Department of Defense (DoD) to leverage the best COTS technology in the marketplace in order to speed up time to market and reduce development costs — all while meeting mission specifications.