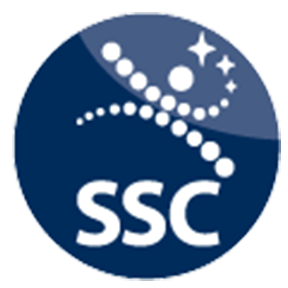 Swedish Space Corporation (SSC) and German Aerospace Center (DLR) have signed an MOU for the development of test facilities for micro launcher engine and stage tests.

The agreement will include exchanging facilities, knowledge and staff, providing Europe with the infrastructure for the entire range of rocket tests, including early stage “higher risk” tests, as well as increasing the capacity to provide for more companies to test their products. 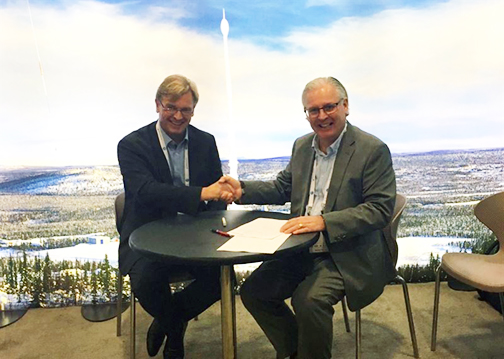 The MOU was signed by Stefan Schlechtriem, Director of the DLR Institute of Space Propulsion (left) and Stefan Gardefjord, CEO of SSC (right), at the recent International Astronautical Congress (IAC).

Photo is courtesy of the companies.

Through this collaboration, the testing capabilities at Lampoldshausen in Germany and Esrange Space Center in Sweden can be optimized.

Stefan Gardefjord, CEO SSC, said there has been a shortage of suitable test sites for early stage and short preparation tests for the next generation of sounding rockets, micro launchers and reusable rockets. By combining the firm's testing capabilities with DLR, SSC can provide Europe with more testing capability, thus strengthening the development of European space programs.

Professor Stefan Schlechtriem, Director of the DLR-Institute of Space Propulsion, added that the organization has found the correct partner for the joint planning and implementation of a test stand for hybrid and liquid-fuel engines at Esrange Space Center (ESC). DLR Lampoldshausen is contributing its unique expertise as a European testing and development location for all liquid chemical space engines to the development of the next generation of engines. This collaboration will enable us to bring together the expertise of the institutions. With the intensified cooperation between SSC and DLR, the two partners will provide the infrastructure in Europe for the entire range of engine tests, including tests at an early stage of development, thus increasing the portfolio of testing opportunities in Europe.