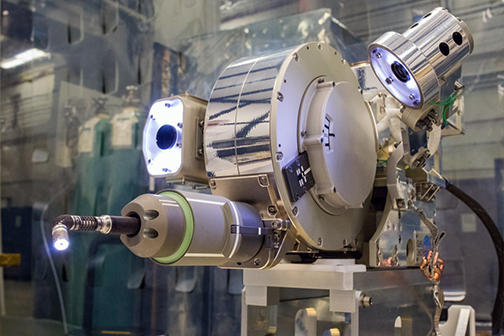 Photo is courtesy of NASA Goddard.

VIPIR2, a robotic, multi-capability inspection tool being used as part of NASA’s Robotic Refueling Mission 3 (RRM3), was launched into space on December 5, 2018. RRM3 builds on the first two phases of International Space Station technology demonstrations that tested tools, technologies, and techniques to refuel and repair satellites in orbit. NASA’s second phase of the Robotic Refueling Mission incorporated micro ScoutCam 1.2 at the end of a deployable video borescope to demonstrate camera inspection capabilities in May 2015 — making RRM3 the second project between NASA and Medigus. The collaboration is the result of an official tender bid with the United States government. 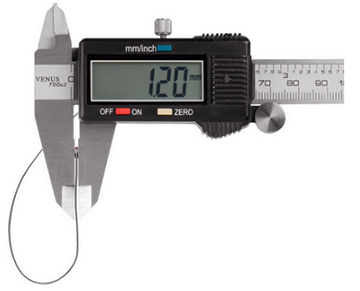 Photo of the micro ScoutCam™.

The micro ScoutCam 8.0 HD, custom designed for NASA, features one module consisting of both HD camera and illumination and serves as the borescope camera on VIPIR2. The versatility of micro ScoutCam 8.0 HD is supported by attributes including the unit's miniature size, remarkable image quality, state of the art customizable optics, waterproof materials and its adaptability in extreme temperatures.

Chris Rowland, CEO, Medigus, said that the company is honored to support NASA on RRM3, which is crucial for advancing technologies that will allow replenishing vital supplies in space. The company offers custom-tailored optics and seamless integration and believe the firm's innovative technology will greatly contribute to this next phase of the mission.