The 4K HFR content will be transmitted live via an ASTRA satellite at 19.2 degrees East and displayed on LG’s OLED TV, using prototype HFR software. This demonstration will offer visitors the opportunity to experience the highly-improved picture quality of next generation 4K HFR broadcast content. 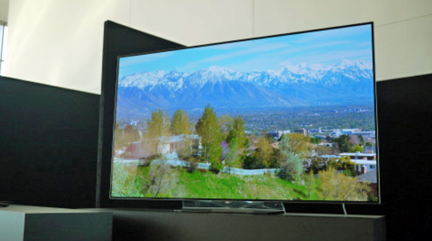 HFR is a new broadcast technology that enhances the quality of 4K Ultra HD delivery by increasing frames per second (FPS) up to 120, the maximum for broadcast content, compared to most current technology which typically supports 50 FPS content or less. The enhanced FPS rate is particularly beneficial for fast action such as sports with lifelike, highly fluid images, while eliminating motion-related picture degradation found on conventional TVs such as motion blur and judder.

In addition to display manufacturers, such as LG, global broadcasters and content providers are also preparing for the launch of the second phase of Ultra HD using the DVB UHD-1 Phase 2 specification, which features 4K HFR technology. The UHD-1 Phase 2 standard includes other cutting-edge technologies such as High Dynamic Range (HDR) and Next-generation Audio (NGA).

Sam Kim, the SVP and head of TV product planning at the LG Home Entertainment Company, related that LG is committed to offering consumers around the world the latest in TV technologies and High Frame Rate on OLED TVs, which must be seen to be believed. Watching 4K HFR content on an OLED TV as it’s being transmitted in real time by ASTRA’s satellite is a great example of pushing the limits of current TV technologies.

Thomas Wrede, Vice President New Technology & Standards at SES, added that SES has been steadily pushing forward the development of Ultra HD, and the Industry Days event has always been an excellent platform to showcase new TV technology. High Frame Rate will be an important step towards further enhancing the quality of Ultra HD satellite transmissions, in particular for sports and reality TV events. The company's continued partnership with LG Electronics is important in setting the broadcast standards of tomorrow and pioneering future TV technologies, and we are very pleased to work with LG Electronics on such an important milestone.