It's a first. An exoplanet satellite to perform a survey of the entire sky, and so far all is well as Orbital ATK (NYSE: OA) announced that the Transiting Exoplanet Survey Satellite (TESS), built by the company for NASA, was successfully launched today aboard a SpaceX Falcon 9 rocket. 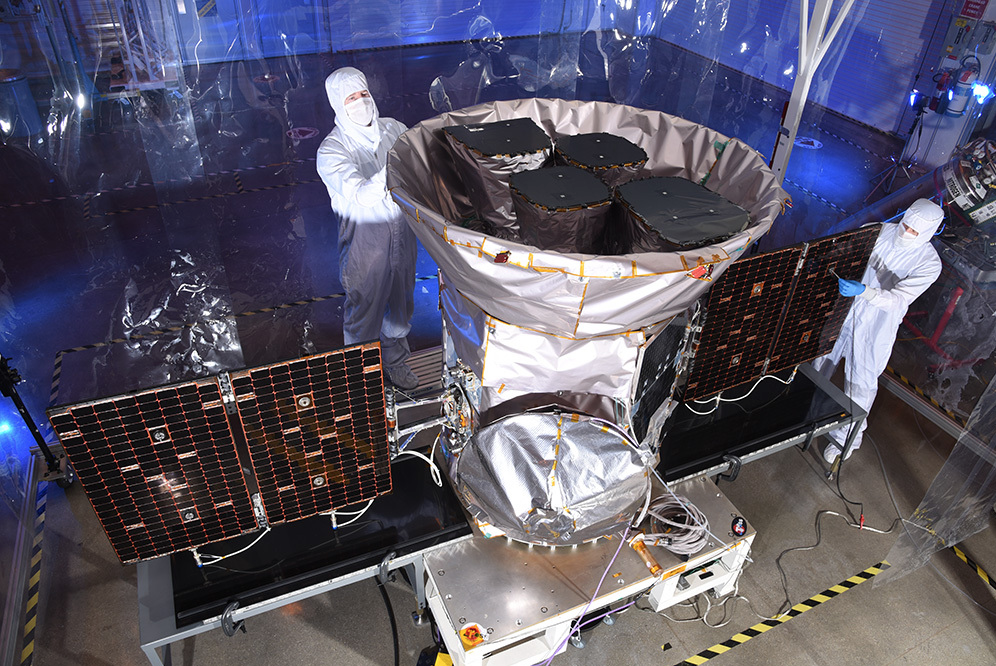 As the first-ever exoplanet satellite to perform a survey of the entire sky, TESS will identify planets ranging from Earth-sized to Jupiter-sized, orbiting a wide range of stellar types and in various orbital regimes. The principal goal of the TESS mission is to use four wide-field cameras to detect small planets around bright host stars in the solar neighborhood so that detailed characterizations of the planets and their atmospheres can be performed.

Liftoff occurred at 6:51 p.m. EDT from Cape Canaveral Air Force Station, Florida. The satellite separated successfully from the launch vehicle 49 minutes into the mission. Orbital ATK completed the satellite’s post-launch health checks and configuration activities in preparation for a series of in-space maneuvers, including a lunar gravitational assist, to reach its targeted highly-elliptical orbit. Once in-orbit testing has been completed, TESS will begin its initial two-year mission approximately 60 days after launch.

Steve Krein, Vice President of Science and Environmental Satellite Programs at Orbital ATK said that the data from their first tests show TESS is in good health and performing as expected early in its mission. TESS adds to their growing list of successful scientific space missions that have helped them study the Earth and Sun, explore the solar system, and probe the mysteries of the universe. This successful launch marks the 31st science spacecraft they have developed and built for NASA over the last 35 years, and continues to demonstrate Orbital ATK’s expertise in delivering the high-quality satellites our customers expect.

Orbital ATK has a rich history of designing and manufacturing small space science satellites. From a small, low-cost astrophysics mission like GALEX, used to explore the origin and evolution of galaxies and stars, to Earth-imaging satellites such as the Landsat series, which have been monitoring surface changes for over 45 years, to the Dawn spacecraft, the first deep-space mission to orbit two interplanetary bodies in the main asteroid belt between Mars and Jupiter, the company’s robust spacecraft platforms and comprehensive engineering know-how have enabled many of these satellites to far exceed their design lifetimes.

TESS was built at Orbital ATK’s Satellite Manufacturing Facility in Dulles, Virginia and is based on the company’s LEOStar-2™ bus, a flight-proven and flexible satellite platform that accommodates a wide variety of missions. Continuing the company’s legacy for delivering high-performance science and environmental spacecraft, several similar satellites are now in production for upcoming NASA missions that include the ICON heliophysics explorer, also built on a LEOStar-2 platform, as well as the Earth science ICESAT-2 and Landsat-9 satellites and the JPSS-2 weather spacecraft which use the larger LEOStar-3™ bus.

TESS is a NASA Astrophysics Explorer mission led and operated by the Massachusetts Institute of Technology and managed by the NASA Goddard Spaceflight Center. More than a dozen universities, research institutes and observatories worldwide are participants in the mission.