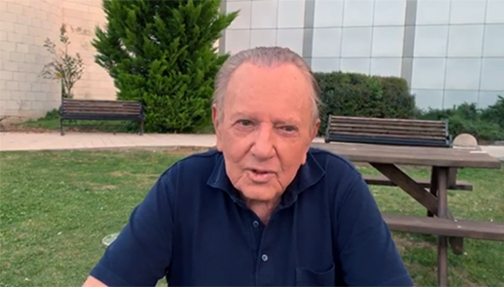 There is no learning experience or a more dynamic driver for working toward success and effective mastery of an historic challenge than to absorb the reasons, technological and otherwise, why a mission may not have met the mark...

SpaceIL Chairman Morris Kahn has now announced the establishment of Beresheet 2, after the first Israeli moon mission ended unsuccessfully Thursday when the spacecraft Beresheet (Genesis) crash-landed on the lunar surface.

Kahn intends to lead the second Israeli spacecraft to achieve a lunar landing.

Kahn said he plans to form a new group of donors to support Beresheet 2, has appointed a new Beresheet 2 team and will lead the project, which will start immediately. "This is part of my message to the younger generation: Even if you do not succeed, you get up again and try."