The Advice to Nigeria Is... Sell Off Nigcomsat-1R 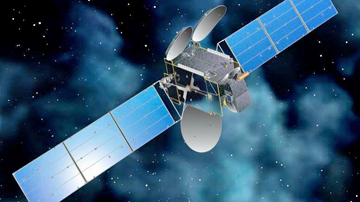 The federal government of Nigeria has been advised to sell off the country’s satellite, Nigcomsat-1R, to the private sector.

In a report published by The Nation and posted by Ibrahim Apekhade Yusuf, making this appeal over the past weekend was Mr. Adebayo Banjo, the Chief Executive Officer of the Disc Group of companies. Speaking in an interview in Lagos, Nigeria, the technocrat stated that handing over the satellite to the private sector would allow for better management and proper utilization within the country and in Africa.

“Government should sell it to private concerns even if it means a certain per cent of the bandwidth is reserved for government use,” he said, and then he queried, “What other option is there? Remember that a satellite has a fixed lifespan, and as the years pass, its value reduces. If the private sector put money into it, they will not only want to get their investment back, but make profit and this can only be done by utilizing the satellite.”

“Perhaps that is why they want to pass a law to force government institutions to patronize them. Why do we always want to force things — business does not work like that — make your services reliable and competitive,” Banjo added.

The Nigerian House of Representatives is considering a law to compel patronage of Nigcomsat-1R by Ministries, Departments and Agencies (MDAs). The House of Representatives in its sitting recently had asked the Committee on Information Communication Technology (ICT) to investigate the cause of non-patronage of the multi-billion satellite. The resolution was reached following a motion moved by Hon. Danasabe Hosea, representing Gashaka, Kurmi and Sardauna Federal Constituency of Taraba state (PDP). His motion was entitled: ‘Need to Investigate the Non- Patronage of the Nigerian Communications Satellite Ltd. (NIGCOMSAT).’

The lawmaker recalled how the federal government contracted Kosmo–3m Rocket from Russian Plesetsk Spaceport to launch its first EO satellite, the Nigeria Sat-1, on September 17, 2003, at the cost of 30 million dollars. Hosea noted that Nigcomsat-1 communications satellite was launched in 2007 in China at the cost of N200 million, but failed in orbit in 2008 after running out of power, owing to an anomaly in the craft's solar array.

While Nigcomsat-IR was re-launched in 2011 at no extra cost, Nigeria Sat-2 and Nigeria Sat X satellites, built at a cost of 35 million dollars, were launched the same year. NigComSat-IR has a service life of at least 15 years and is designed to meet the needs of telecommunications, broadcasting, broadband, security and other communications solutions within the African, European and Asian markets.

Hosea said that since 2003, the federal government had spent about N85 billion on the five satellites, which were meant to provide communication, data and satellite images for government agencies and the private sector. He said that this was with the aim of saving billions of foreign exchange and generating revenues estimated at 20 billion dollars for the country.

“However, they were always capable of offering same services as any other offshore service provider. The multi-billion naira communication satellites are under-utilized in space due to low patronage by government agencies and private companies. They continue to spend money running into billions of naira to procure satellite images from other service providers, services which Nigeria’s satellite could supply, thereby depleting our foreign reserves,” he said.

Hosea argued that government MDAs have a mandate to patronize NigComSat Ltd. and National Space Research and Development Agency (NASRDA), which manages Nigeria’s LEOs satellites as a way of conserving the billions of naira being expended unpatriotically.

An informative study is also available for viewing at the VeryNaija online news and community portal that's focused on promoting the Nigerian brand — the report is entitled Why Government Agencies Prefer Foreign Satellites To NIGCOMSAT and may be reached via this direct link...