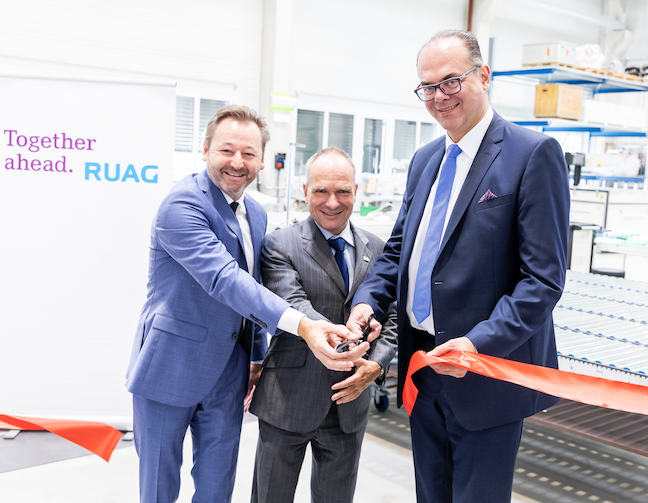 Expansion of a RUAG's Space facilities was important enough for the Austrian Minister of Space, Andreas Reichhardt, to participate in the ceremony praising the company.

There will be an expansion project at the RUAG Space facilities for thermal insulation on its site in Austria. This includes the high-temperature thermal insulation for the new European rocket Ariane 6 in a newly built production room adjacent to its existing production facility. There to celebrate the the new building in Berndorf, south of Viennawas the Austrian Minister of Space, Andreas Reichhardt, who praised the highly specialized and research-intensive space industry of the country at the ceremony.

Urs Breitmeier, CEO RUAG Group, emphasized that the Space Division is a very important part of the international RUAG technology group saying that with their future focus on an aerospace group, the space sector will become even more important.

The global space market is expected to grow strongly. Peter Guggenbach, CEO of RUAG Space added that there are many new players and new projects in the space sector, where they are ideally positioned with their products. For example, RUAG Space supplies heat protection to international customers such as the telecommunications satellite constellations Iridium-NEXT and OneWeb. RUAG is a globally renowned competence center for space thermal insulation, and with this extension, they are further expanding their leading position in this field. 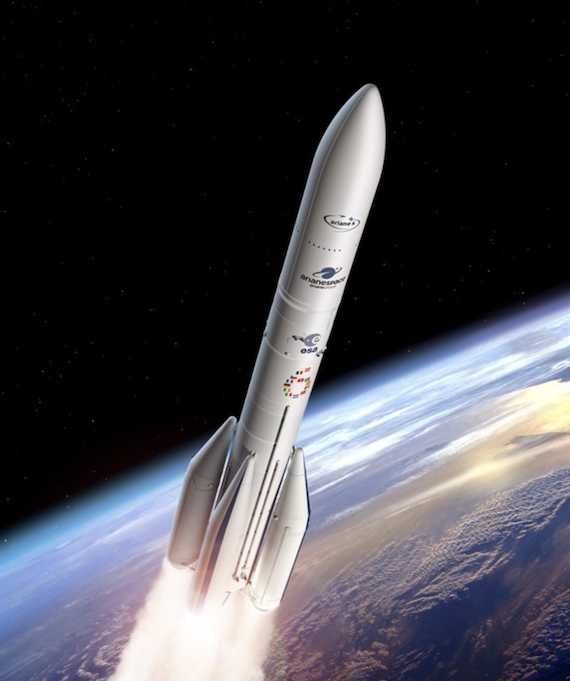 The new high-temperature insulation for launch vehicles such as ARIANE 6 consists of glass and ceramic. Andreas Buhl, Country Manager Austria at RUAG Space concluded saying that in their journey from Earth to space, the rocket engines have to withstand extreme heat of up to 1,500 degrees Celsius for a few minutes. These temperatures are much higher than the typical -150 to +150 degrees Celsius the thermal insulation for satellites in orbit has to withstand. But they can use much of the knowledge they have gathered in their work for more than 130 satellites for this new area.

RUAG Space is delivering the thermal insulation for the new European rocket Ariane 6, built by ArianeGroup, on behalf of the European Space Agency (ESA). ArianeGroup is lead contractor for Europe’s Ariane 5 and Ariane 6 launcher families, responsible for both design and the entire production chain, up to and including marketing by its Arianespace subsidiary. The first launch of Ariane 6 is scheduled for 2020. In 2019 RUAG Space will complete the delivery of its thermal insulation for the Ariane 6 maiden flight.