ManSat Isle Of Man...No Man Is An Island On The Moon

[SatNews] You're never too small to reach for the moon...

It may only be an Island measuring 33 miles long by 13 wide, located in the middle of the Irish Sea between the United Kingdom and the Irish mainland. But when it comes to the space and satellite industry the Isle of Man is reaching for the stars. A recent international space industry report suggested the Island was the fifth nation most likely to return to the moon. 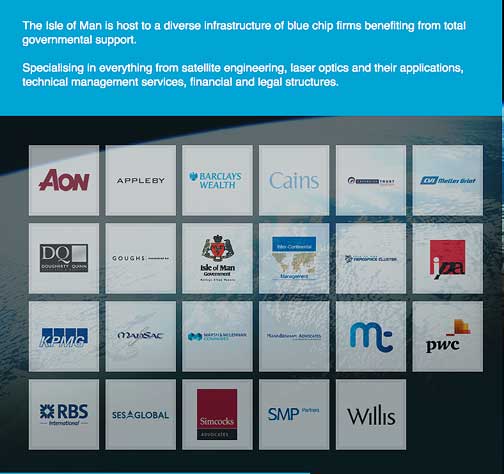 Further reinforcements include; four of the world’s top 10 satellite companies are now based on the Isle of Man. The International Institute of Space is based just outside the Island’s capital, Douglas, and it is also from where the private space flight company Excalibur Almaz runs its most ambitious projects.

The United States has been a direct beneficiary of the Isle of Man’s presence in the sector. Late last year, a Kazakhstan rocket, owned by an island based business, successfully blasted off and delivered its satellite to a slot 36,000 kilometres above the Earth which now provides broadband access to rural areas of the U.S.

ManSat is the company tasked exclusively by the Isle of Man Government with filing applications for Island based or incorporated companies with the International Telecommunications Union (ITU) in Geneva for select orbital positions and associated radio frequencies. The Island is sending a high level delegation to Satellite 2012 to further spread its space friendly message that includes; ManSat Chairman Chris Stott and fellow Director Ian Jarritt will be traveling to Washington DC, together with the Isle of Man Government’s Director of Space Commerce, Tim Craine and Alex Downie MLC, a member of the Island’s Legislative Council with Ministerial responsibility for the space industry. Also in attendance will be Tina Rawlinson, Director of Cavendish Trust, one of the Isle of Man’s leading niche international trust service providers, with strong connections to the space and satellite sector.

Last year, Tina underwent a week-long executive Space Course run by the International Space University in Strasbourg and Cavendish is now one of an exclusive number of trust companies qualified to provide comprehensive management of any Isle of Man company applying for, or already holding, orbital slots.

“This is our tenth year at the Satellite Conference and we are very excited about the prospects of being present at Satellite 2012,” said ManSat’s Chris Stott. “As an island, we are deeply committed to the sector and we see this conference and exhibition as an important opportunity to showcase the achievements and potential that the Isle of Man has to offer the industry.”

Tim Craine said the presence of a highly favorable tax regime–the Island was the first in the world to offer a zero percent tax rate to space and satellite businesses –the ability to structure favorable insurance packages and a firm commitment to the development of space law and satellite finance meant the Island offered the right environment for the space industry to thrive.

“The Government is very pro-space,” he commented. “Over the last few years we have been proud to build a formidable base of space, aerospace and high tech industries. We see this trend continuing. We also have a world class, professional infrastructure of legal, fiduciary and service companies. Everything is here for the space sector to flourish,” said Mr Stott.

The presence of a reliable service support network was emphasized by Tina Rawlinson. “The space sector is now recognized as being an increasingly important niche market for the Island,” she said. more

“We believe it is very important to fly the Isle of Man flag at Satellite 2012, especially when you consider that the recent UK Economic Policy Centre Report on UK Space Policy quoted the Isle of Man as being one of the best places in the world to base a space business,” said Ms Rawlinson.

She also highlighted the February 2011 Futron Report on Innovative Strategies for Space Competitiveness which stated that the Isle of Man had developed a unique governmental approach to space, focussed on economics tied to developing private sector financial, regulatory, legal and administrative services that supported international aerospace companies.