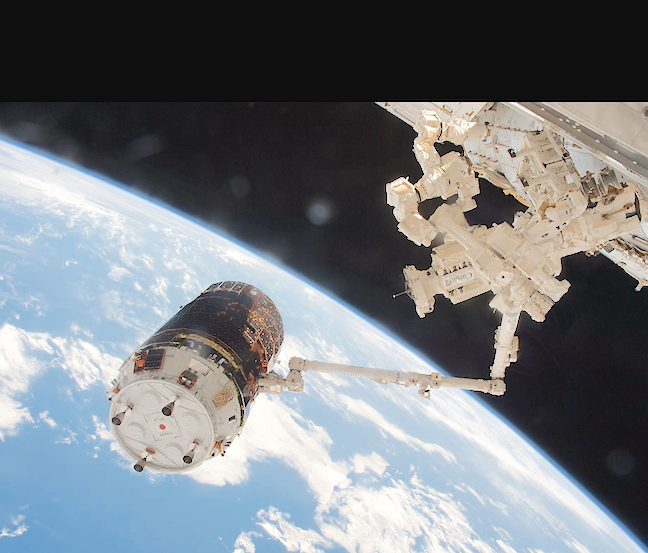 Certainly not your neighborhood garbage truck, that's for sure. This Japanese cargo ship has been discussed for a long time enlisting the expertise of many folks, including fishermen.

An unmanned Japanese cargo ship that decoupled from the International Space Station on Friday is scheduled to test an experimental technology for removing space debris over the next week.

After lowering itself to an orbit 20 km below the ISS, Kounotori 6 will deploy a 700-meter electric wire to test a technology for removing space debris, according to the Japan Aerospace Exploration Agency (JAXA).

The debris consists of remnants from satellites and rockets. Roughly 18,000 pieces of debris at least 10 cm long are orbiting Earth, posing a risk to the space station and satellites, JAXA said.

The wire, developed by JAXA and a maker of fishing nets in Hiroshima Prefecture, is designed to use an electric current generated by the Earth’s magnetic field. If successful, the technology will cause debris to slow and fall into the Earth’s atmosphere, where it will burn up.

The cargo ship was launched on an H-IIA rocket in December to deliver supplies including food, drinking water and other daily necessities for astronauts on the ISS, and seven ultrasmall satellites developed by universities and firms. It is scheduled to re-enter the atmosphere on February 6, break apart and burn up.