Another Postponement, This Time for the New Shepard Rocket Launch by Blue Origin 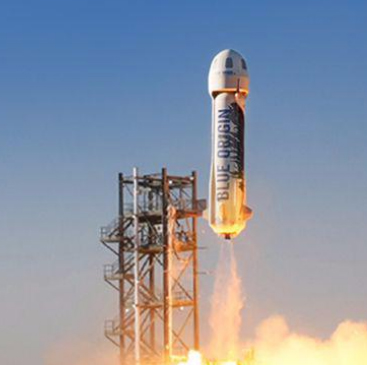 Blue Origin’s next New Shepard mission (NS-10), originally planned for a launch on December 17, had to be scrubbed due to a "ground infrastructure" issue.

The liftoff was then scheduled for December 18 at 8:30 am CST / 14:30 UTC as the 10th New Shepard mission, dedicated to delivering nine NASA-sponsored research and technology payloads into space through NASA’s Flight Opportunities program. 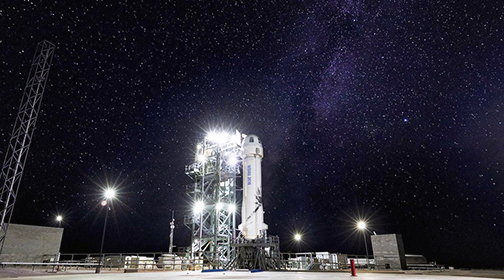 Blue Origin's New Shepard rocket sits atop its pad awaiting the launch command. Photo is courtesy of the company.

Now, however, according to the company's Twitter account, even though the ground infrastructure issue was adjudicated, the company has determined additional systems need to be addressed. The company has now targeted early 2019 for their next launch attempt.

The payloads for NS-10 include:

Controlled Dynamics Inc.: The Vibration Isolation Platform (VIP) aims to separate payloads from the normally occurring vibrations experienced during spaceflight. The payload led by Dr. Scott Green allows researchers to have a clear understanding of microgravity’s effects on their research results.

Johns Hopkins University Applied Physics Lab: On its second flight with Blue, the EM Field experiment will observe and collect data on the naturally occurring electromagnetic fields both inside and outside New Shepard during the launch. Principal Investigator Dr. Todd Smith will use success of this experiment to determine how global measurements of the Earth’s electromagnetic field can be conducted in the future.

NASA Goddard Space Flight Center: Cooling tightly-packed electronics onboard a spacecraft can be challenging, and many solutions have not been able to undergo robust testing. Principal Investigator Franklin Robinson will test one of these solutions in his Flow Boiling in Microgap Coolers experiment.

University of Central Florida: Two teams led by Dr. Josh Colwell and Dr. Addie Dove both have planetary science payloads on NS-10. The Collisions Into Dust Experiment (COLLIDE) aims to understand how dust particles react after surface contact during exploration missions to places such as the Moon, Mars and asteroids. The Collection of Regolith Experiment (CORE) addresses the unique challenge of collecting and analyzing material samples in microgravity.

University of Florida: Dr. Rob Ferl and Dr. Anna-Lisa Paul are adapting technology designed for the ISS to suborbital uses with their experiment, Validating Telemetric Imaging Hardware for Crew-Assisted and Crew-Autonomous Biological Imaging in Suborbital Applications. By recalibrating the way data is collected, the experiment will enable more biological research on suborbital missions.