Arianespace has signed an agreement to launch two satellites for longtime customer Intelsat, one of the world’s largest satellite operators.

This contract continues the longstanding relationship between Intelsat and Arianespace that dates back to 1983. 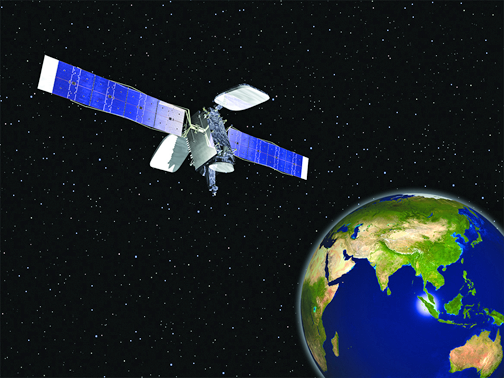 Artistic rendition of the Intelsat Galaxy-30 satellite. Image is courtesy of Orbital ATK.

The launch of Galaxy 30 demonstrates Intelsat’s commitment to its distribution neighborhoods, which has an unmatched penetration of cable headends in the United States. Galaxy 30 is based on Orbital ATK’s GEOStar-2™ satellite platform.

The MEV-2 satellite is owned by Orbital ATK’s Space Logistics LLC subsidiary. Intelsat will be the first customer of the MEV-2. The MEV-2 provides life-extending services by taking over the orbit maintenance and attitude control functions of a client’s spacecraft.

Under the contract, Arianespace will also launch an additional satellite for Intelsat in the second half of 2020.

Arianespace will launch the first pair of satellites, Intelsat’s Galaxy 30 satellite and the MEV-2, in early 2020 from Europe’s Spaceport in South America aboard an Ariane 5 launch vehicle. 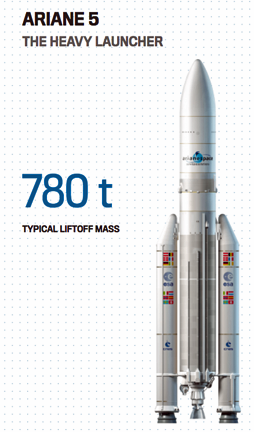 Stéphane Israël, CEO of Arianespace, said that his company is honored yet again to be selected by Intelsat for the safe and timely delivery of its satellites. Going back nearly four decades, a relationship of mutual confidence with Intelsat has always been enjoyed. Arianespace is proud to be able to perpetuate this epic friendship with two more launches, one of which will feature stacked payloads in the upper position of the Ariane 5, proof of the company's ability to bring to the table the most innovative solutions for customers.

Ken Lee, SVP, Space Systems at Intelsat, added that Arianespace has been one of Intelsat’s most long-standing and trusted partners. Since 2016, Arianespace has successfully completed five missions on behalf of Intelsat, including four that included the company's next-generation Intelsat EpicNG spacecrafts.