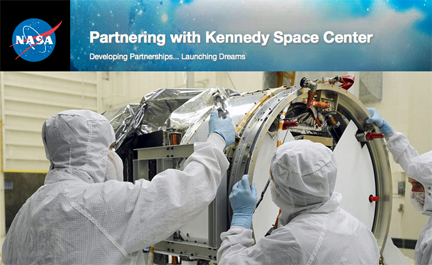 [SatNews] A new agreement marks another step in the transformation of NASA's Kennedy Space Center in Florida to a multi-user spaceport.

NASA's historic Shuttle Landing Facility, the site of one of the longest runways in the world, has a new operator. A 30-year property agreement for the operations and management of the facility, located at Kennedy, has been signed by NASA and Space Florida, the aerospace and spaceport development authority for the state of Florida.

Private companies frequently request time on the Shuttle Landing Facility. That demand is expected to increase as businesses that were commercial startups evolve into mature enterprises. The new arrangement with Space Florida is expected to maximize opportunities to use the runway creatively while maintaining its ability to serve NASA and the center, which has transformed to a multi-user spaceport.

Built in 1974 for space shuttles returning to Kennedy, the facility opened for flights in 1976. The concrete runway is 15,000 feet long and 300 feet wide and is capable of supporting all types and sizes of aircraft and horizontal launch and landing vehicles. 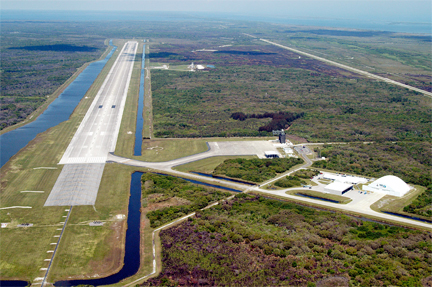 "Following the final space shuttle landing in 2011, the site has transformed into a multi-user facility supporting a variety of commercial and government partners," said Bob Cabana, Kennedy director. "We look forward to partnering with Space Florida to expand upon the multi-use of this historical asset."

"Our journey to Mars goes straight through Florida, and this agreement helps amplify the many ways that our critical Kennedy Space Center can support the next generation of human spaceflight," said NASA Administrator Charles Bolden.

"This marks the dawn of a new era for horizontal spaceflight in Florida and the country as a whole," said Space Florida's president and CEO Frank DiBello. "The most storied runway in the world will now become the cornerstone of Florida's next generation commercial spaceport."

For more information about partnership opportunities with Kennedy, visit: http://kscpartnerships.ksc.nasa.gov