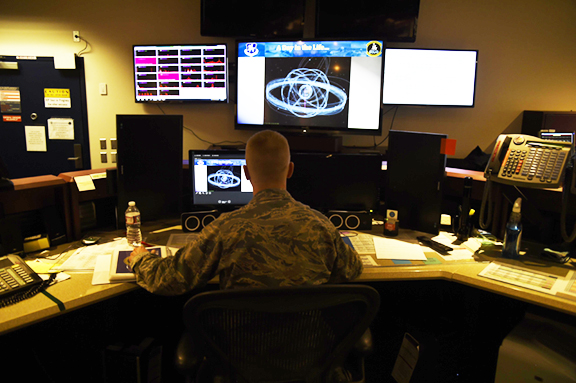 Maj. Gregory Stewart, 22nd Space Operations Squadron mission commander, oversees the Air Force Satellite Control Network antennas from all over the world to ensure they are operating efficiently and providing support to the users at Schriever Air Force Base, Colorado. On average, the AFSCN enables more than 450 satellite contacts per day. Photo is courtesy of the U.S. Air Force photo/Tech. Sgt. Julius Delos Reyes.

The total cumulative face value of the contract is $341,965,067.  Fiscal 2020 operations and maintenance funds in the amount of $19,111,902 are being obligated at the time of award.  The Space and Missile Systems Center, Peterson Air Force Base, Colorado, is the contracting activity.