[SatNews] The Tropical Rainfall Measuring Mission (TRMM), a joint mission of NASA and the Japan Aerospace Exploration Agency, was launched in 1997 to study rainfall for weather and climate research—after more than 17 years of productive data gathering, the instruments on TRMM were turned off on April 8th and the spacecraft is now slowly descending from its orbit. 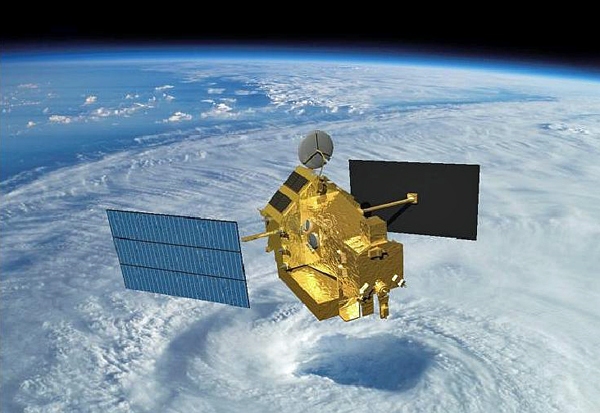 The spacecraft is timed for Earth re-entry on June 15th and largely burned up—there is a very low risk to people and property being struck by pieces of TRMM that might reach the Earth’s surface. Of the spacecraft's total mass (about 5,800 lbs.), 96 percent will never reach Earth. The chance that a piece of the spacecraft will strike a person is approximately 1 in 4,200.

TRMM circles the Earth between the subtropical latitudes of both the northern and southern hemispheres. Due to natural variations in the near-Earth environment, a precise location of where spacecraft debris will re-enter cannot be forecast. The U.S. Space Surveillance Network, operated by the Department of Defense U.S. Strategic Command’s Joint Space Operations Center, will closely monitor the orbit of TRMM debris during its final days and issue periodic predictions of re-entry time and location.

Since the start of the space age in the 1950s, there has been no confirmed report of an injury resulting from re-entering space objects. After the TRMM spacecraft has re-entered, there will not be any components remaining on orbit to contribute to orbital debris.

The last time a NASA science satellite re-entered Earth's atmosphere was in September of 2011, that being the Upper Atmosphere Research Satellite (UARS). UARS was a much larger satellite than TRMM—the size of a bus rather than an SUV. NASA received no reports of debris.

If anyone locates what they suspect is space debris, they should call their local authorities. The pieces of TRMM expected to survive re-entry are made of titanium or stainless steel.  Although these materials are not toxic, they could have sharp edges and should not be touched or handled by private individuals.