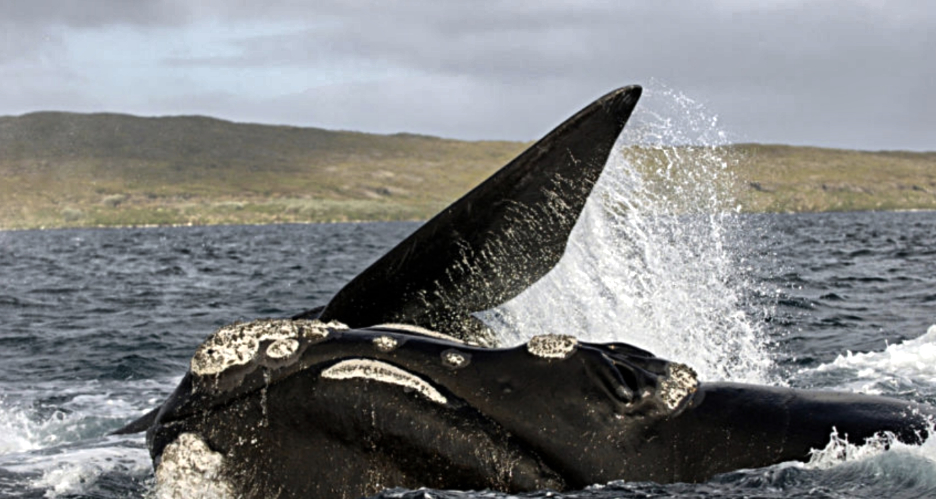 The study just released could provide valuable information in making guidelines to protect the species as numbers rebound from devastating whaling from 1790 to 1980.

Six whales were tracked using satellites in the multi-site study to monitor whales as they traveled from winter calving grounds in Australia and New Zealand. Scientists, including corresponding author Alice Mackay from the South Australian Research and Development Institute, found the whales likely summer foraging grounds were in south west Western Australia, along with the Subtropical Front and Antarctic Waters. The paper reported, “(This provides) new information on migratory corridors and identifying areas of restricted research and increased residency which could be indicative of feeding.”

Winter calving grounds for southern right whales extend from Western Australia across southern Australia to the New Zealand sub-Antarctic Islands. During summer, these whales are thought to migrate from coastal waters to feed but knowledge about their feeding ground locations are only inferred from historical whaling data.

Three whales from South Australia’s Head of Bight were tagged along with two whales at the Auckland Islands in New Zealand and one at Pirates Bay in Tasmania. Australian, New Zealand and American researchers then tracked the whales finding they traveled distances ranging from 645 to 6,381 km over an average of 78.5 days.

The paper said this data indicated potential human impacts on whales during this time could be better managed to protect the species. “As southern right whale populations continue to recover across Australia and New Zealand wintering grounds, the likelihood for interactions with anthropogenic activities such as shipping, seismic surveys, fisheries and coastal developments is expected to increase,” the study found. “The cumulative effect of sub-lethal impacts is now recognized as a threat to the persistence of whale populations.”

While the scientists said more research was required given the small sample size, it observed that fidelity to different quality feeding grounds could be contributing to different recovery numbers in the species.

Whales were heavily exploited across their range between 1790 and 1980 with up to 66,000 whales taken from both shore and pelagic whaling grounds around New Zealand and south-eastern Australia. While whale hunting was also happening in west and south Australia the numbers killed are unknown due to poor historical records. Since then, the post whaling recovery of the species is markedly higher in the south west – in Western Australia and South Australia – compared to eastern states. As a result,  the species is considered to have two sub population management units.

“The comparatively slow recovery of the south east Australian and mainland New Zealand wintering aggregations has been hypothesized to be due to high historical hunting pressure on the former, and the potential that cultural memory of calving grounds was lost, resulting in slower colonization of these areas,” the study said. “(However) it may also be due to contemporary unsuitability of wintering habitat as a result of increased anthropogenic disturbance in these areas, or may reflect maternal fidelity to sub-optimal foraging areas leading to limitations in population growth.”