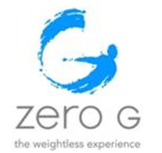 A collection of flights on G-FORCE ONE, ZERO-G’s specially modified Boeing 727, gave researchers the chance to run experiments and test innovative systems in the only FAA-approved, manned microgravity lab on Earth.

“G-FORCE ONE is the perfect test bed for space-bound technology and is one of the last steps before sending experiments into orbit,” said Terese Brewster, CEO of ZERO-G. “The data collected from these universities and future groups who do research with us is vital for the future of space exploration.”

The below experiments were conducted by groups during the research flight:

Rocket Propellant Thermal Management System for Deep-Space Missions, University of Florida
Long-duration space travel to Mars and beyond will utilize primarily liquid oxygen and hydrogen – cryogens – for rocket propellant. Before these cryogens can be injected into the engine as liquids, transfer lines must be cooled to temperatures below 20 to 80 Kelvin, approximately minus 425 to minus 315 degrees Fahrenheit. This cooling process is typically done the initial flow of liquid cryogens, which are then vented outside the spacecraft as vapor. For long-distance space missions, the transfer line “chilldown” must be accomplished with minimal consumption of cryogen to conserve that material for propellant use.
A team of nine undergraduate and four graduate students led by Professor Jacob Chung developed a special coating for the inside of the propellant transfer pipe to enable a faster cooling process and minimize cryogen loss. The team’s system proved viable in extreme temperature changes and maintained integrity in microgravity and high G-forces during the research flight with ZERO-G. Findings show that coating a transfer pipe reduced chilldown time and fuel consumption by as much as 50 to 70 percent. The team will continue its research on perfecting the technology and revolutionizing space travel.

Measuring Propellant Levels in Low Gravity, Carthage College
Current methods to gauge spacecraft propellant in low gravity have a margin of error of five to 10 percent of the total propellant mass, creating a challenge for NASA’s goal of a sustained human presence in space. These limitations also cost the satellite industry millions of dollars as satellites are required to carry an extra 10 percent of fuel to make up for inaccuracies.
Working with engineers at Kennedy Space Center, a team of students led by Carthage College Professor Kevin Crosby developed the Modal Propellant Gauging (MPG) Project. MPG is a non-invasive, real-time and low-cost method of measuring liquid propellant volume by analyzing sound waves produced by vibrations applied to the tank. Findings show MPG has a margin of error less than two percent over a range of propellant volumes. This increase in accuracy is equivalent to an annual industry-wide savings of tens of millions of dollars.

Creating Reliable Models for the Effects of Gravity on Flow Boiling Heat Transfer, University of Maryland
Future space missions will require lighter, smaller and more powerful spacecraft, which will utilize two-phase thermal systems. Currently, single-phase thermal subsystems are used due to lack of reliable models to predict two-phase system performance in various types of gravity. In order to design efficient heat removal equipment for these spacecraft, a heat transfer database and dependable models must be developed.
Researchers from the Department of Mechanical Engineering at University of Maryland designed an experiment to collect the data and develop the models needed. Unlike previous work in this area, the team obtained local measurements using temperature-sensitive paints. Data analyzed in Martian gravity, lunar gravity and low-G will determine how inlet subcooling, wall heat flux and flow rate are affected by varied gravity environments.

For more information about the ZERO-G research program, visit gozerog.com and click on the Research Tab.