A three stage, 26 meter long, solid fuel rocket that possesses the name of Epsilon-2 has successfully been launched by JAXA, Japan’s space agency and has launched the Exploration satellite. 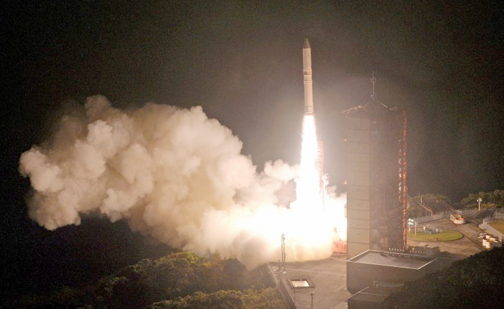 The JAXA launch of the Exploration satellite by the Epsilon rocket.

This launch is seen as part of the ongoing effort by this nation to play a more significant role in the global launch services industry and is also going to participate by spinning security satellites into orbit to assist with national defense for Japan.

Additionally, the incorporation of this new generation of solid propellant rocket into the JAXA launch arsenal is hoped to assist in reducing the costs of launches by as much as one-third, with the target being the European and US firms involved in the global launch market.

The JAXA launch occurred at 8:00 p.m., local time, from southern Japan at the Uchinoura Space Center. The satellite will examine the Earth’s radiation belts.