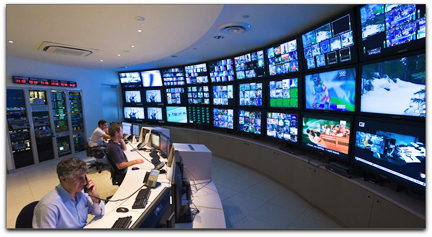 GlobeCast Australia's homepage...
GlobeCast Australia is wrapping its live delivery of one of the world’s most popular football codes this month. It’s Super 14 Rugby Union finals time ... live across South Africa, Australia and New Zealand, with other takers around the globe.

After three months of live coverage, there are now only four teams remaining. It all started with 14 teams, three countries of origin, millions of viewers internationally and, for the first time in 2010, more than half the action was in HD with GlobeCast Australia. Super 14 is the only sporting tournament in the world that is played across so many different time zones, around Australia, in New Zealand and South Africa. However, viewer interest in the showdowns extends further, as far as Europe and the Middle East. This weekend, viewers will thrill to the showdowns between the Stormers and the Waratahs and the Bulls and the Crusaders, in HD. The winners will the contest the grand final next week.

Client networks in 2010 include BskyB, Sky New Zealand, Fox Sports, Fiji TV, JSports Japan, MNet South Africa and Sky Italia. GlobeCast Australia uses its fibre network to move the games across the globe. GlobeCast Australia has a stellar sporting pedigree, covering all codes of football, cricket, major golf and tennis tournaments, motor racing, horse racing and surf events, to name a few; along with coverage of major events and news; and more than 120 Direct to Home channels over Australasia. All is controlled from a state of the art 24/7 broadcast centre in Sydney (pictured above).