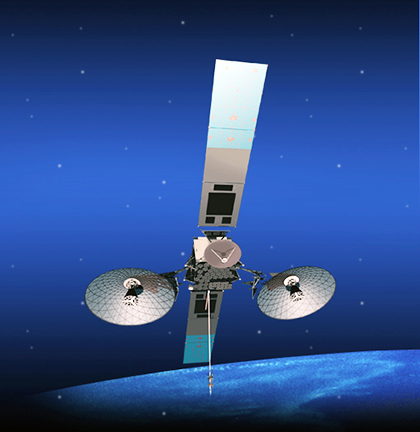 General Dynamics is also working with the NASA team to complete 40 individual mission transition plans, defining the specific steps needed to move the operation of each TDRS client satellite from the legacy ground system to the new system. With the technology updates, the ground system will have greater resiliency to secure and manage unanticipated disruptions of the Space Network. It will also be able to expand and manage new NASA missions, in addition to those currently operated by the Space Network.

Manny Mora, VP and GM of General Dynamics Mission Systems, said that the NASA Space Network Ground System is the communications hub for 40 individual space missions currently on orbit, with more missions planned in the future. This is a very large-scale, complex program and together with the firm's NASA team, GDMS is making significant progress without interrupting the legacy Space Network Ground System's day-to-day operations.