In response to the escalating coronavirus pandemic, ESA has decided to further reduce on-site personnel at the firm's mission control center in Darmstadt, Germany.

The new adjustments require temporarily stopping instrument operation and data gathering on four Solar System science missions, which are part of the wider fleet of 21 spacecraft currently flown by the Agency from the European Space Operations Center (ESOC) in Darmstadt.

The main control room in Darmstadt, Germany.
Photo is courtesy of ESA.

ESA implemented risk mitigation measures early on. The vast majority of ESA’s workforce has been teleworking for nearly two weeks. Only key personnel performing critical tasks, which include maintaining real-time spacecraft operations, are still present on site at ESA’s establishments throughout Europe.

Recent developments, including strengthened restrictions by national, regional and local authorities across Europe and the first positive test result for COVID-19 within the workforce at ESOC, have led the Agency to restrict on-site personnel at its mission control center even further.

“Our priority is the health of our workforce, and we will therefore reduce activity on some of our scientific missions, especially on interplanetary spacecraft, which currently require the highest number of personnel on site,” said ESA’s Director of Operations Rolf Densing. “These have stable orbits and long mission durations, so turning off their science instruments and placing them into a largely unattended safe configuration for a certain period will have a negligible impact on their overall mission performance.”

Among the affected missions are:

•  Cluster – A four-spacecraft mission launched in 2000, orbiting Earth to investigate our planet’s magnetic environment and how it is forged by the solar wind, the stream of charged particles constantly released by the Sun

•  ExoMars Trace Gas Orbiter – Launched in 2016, the spacecraft is in orbit around Mars, where it has been investigating the planet’s atmosphere and providing data relay for landers on the surface

•  Mars Express – Launched in 2003, the workhorse orbiter has been imaging the Martian surface and sampling the planet’s atmosphere for over one and a half decades

This was a difficult decision, but the correct one to take, according to Günther Hasinger, ESA’s Director of Science, who added that the company's greatest responsibility is the safety of people and all in the science community understand why this is necessary. This is a prudent step to ensure that Europe’s world-class science missions are safe, along with the instruments from European scientists and international partners flying on ESA missions. This is talking about some of humankind’s most advanced scientific experiments – and if switching some missions into temporary standby keeps them safe, then this is what ESA will do. 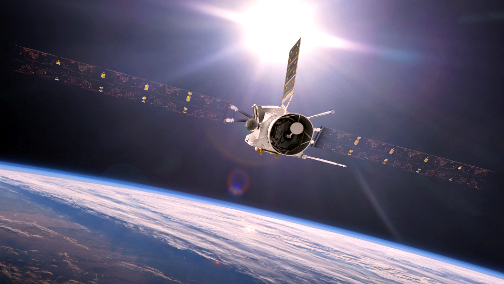 Artistic rendition of BepiColombo on orbit.

The temporary reduction in personnel on site will also allow the ESOC teams to concentrate on maintaining spacecraft safety for all other missions involved, in particular the Mercury explorer BepiColombo, which is on its way to the innermost planet in the Solar System and will require some on-site support around its scheduled Earth flyby on 10 April.

The challenging maneuver, which will use Earth’s gravity to adjust BepiColombo’s trajectory as it cruises toward Mercury, will be performed by a small number of engineers and in full respect of social distancing and other health and hygiene measures required by the current situation. 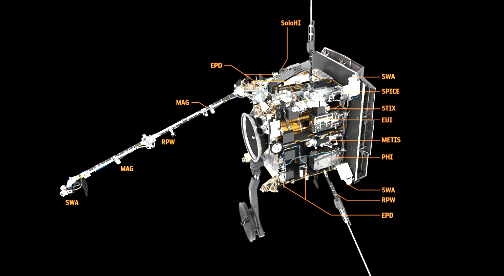 Commissioning and first check-out operations of scientific instruments on the recently launched Solar Orbiter, which had begun last month, have been temporarily suspended.

ESA expects to resume these operations in the near future, in line with the development of the coronavirus situation. Meanwhile, Solar Orbiter will continue its journey towards the Sun, with the first Venus flyby to take place in December. Coasting through space Mars Express Mars Express

Paolo Ferri, responsible for mission operations at ESA, noted that over the coming days, the company's interplanetary missions will be gradually commanded into a safe configuration, so that thereafter they will need little or no intervention from ground. These probes are designed to safely sustain long periods with limited or no interaction with ground, required for instance for the periods they spend behind the Sun as seen from Earth, when no radio contact is possible for weeks. ESA is confident that with limited and infrequent interactions with ground control, the missions can safely remain in that operation mode for months, should the duration of the coronavirus mitigation measures require that to occur. The decision on when to return to normal science production mode will be taken independently for each mission, depending on several variables, including the type and complexity of each mission 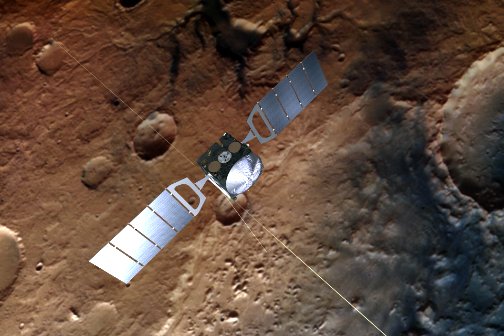 Artistic rendition of Mars Express. Image is courtesy of ESA.

In the coming days, ESA will monitor the evolving environmental conditions and restrictions, develop special procedures, plans and decision logic for the future restart of the scientific operations. The measure does not affect other ESA missions that are operated from Darmstadt, such as space science missions for astronomy or Earth Observation (EO) missions, including those that are part of the European Commission’s Copernicus program. For these missions, which require frequent care from ground, teams are able to conduct most control actions remotely, with just a single technician in a control room.

Even before this measure, the community of European and international scientists behind the interplanetary missions were already feeling the effects of the coronavirus outbreak, with processing and analysis hindered by local and national work restrictions and the need for social distancing.

ESA Director General Jan Wörner thanked all of the scientists, engineers and other colleagues at mission control and across the Agency and the partners who are keeping Europe’s essential space missions flying in the middle of this global crisis. He noted how professional everyone at ESA is throughout this difficult situation, which shows that the Agency is, first and foremost, an ensemble of humans from all over Europe who care about science and space and even more about the well-being of colleagues, families and fellow citizens all over the planet.