Orbit Communication Systems Inc. has been awarded a US$29.8 million requirements contract for systems sustainment by the United States Air Force (USAF).

The five-year framework agreement includes upgrades and service for the several thousand ADAS units currently installed on USAF KC-135 aircraft, with staged delivery expected to begin in 2018 and end in 2023. 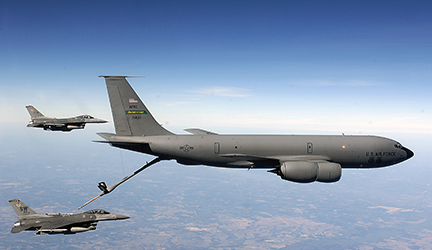 Photo is courtesy of the U.S.A.F.

The upgrade, which is part of a massive USAF project to refurbish its fleet of tankers, calls for the front panels of the audio systems to be made water-resistant for improved operability and reliability under harsh flight conditions. Work will be performed by Orbit in its Deerfield Beach, Florida facility.

Eitan Livneh, Chairman of the Board of Orbit Communication Systems Inc., reported that the company has been serving the United States Air Force for decades. This long-term framework agreement testifies to the company's excellent relationship with the USAF, built on trust and responsiveness.