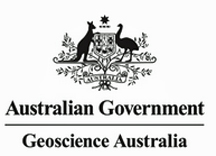 Since 1946, Geoscience Australia, Australia's public sector geoscience organization, studies the geology and geography of the country and then applies science and technology to describe and understand the Earth for the benefit of the nation.

According to the organization, the Australia’s GPS coordinates are currently out by more than a meter. This discrepancy could cause major headaches for upcoming new technologies, such as driverless cars which require precise location data. Australia will now adjust the latitude and longitude, a government science body says, to put the vast country into alignment with global navigation satellite systems.

According to Dan Jaksa of Geoscience Australia, in a recent interview with the Australian Broadcasting Corporation, the nation must adjust the lines of latitude and longitude in order for the satellite navigation systems that all use on smartphones can align with all of the digital map information. Australia currently moves north by about seven centimeters each year due to normal tectonic motion and Jaksa said the change was needed “to keep pace with that.”

He said smartphones were already accurate to within five to 10 meters, but shrinking the gap would be crucial in coming years, particularly with greater use of remotely-operated vehicles in farming and mining. He added that around the corner, in the not too distant future, we are going to have possibly driverless cars or at least autonomous vehicles where, 1.5 meters, well, you’re in the middle of the road or you’re in another lane. “So the information needs to be as accurate as the information we are collecting.”

Australia’s local coordinate system, the Geocentric Datum of Australia, was last updated in 1994 and officials believe it will be out by 1.8 meters by 2020, unless corrected. New data on the country’s coordinates is expected to be available from starting on January1,  2017.