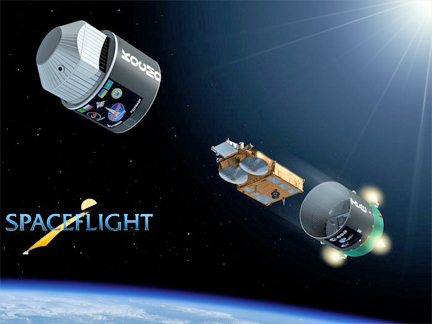 [SatNews] Spaceflight Inc. has signed the German Aerospace Center (DLR) to a launch services agreement for the Eu:CROPIS mission, which is scheduled for a rideshare launch on a Spaceflight SHERPA vehicle in 2017. 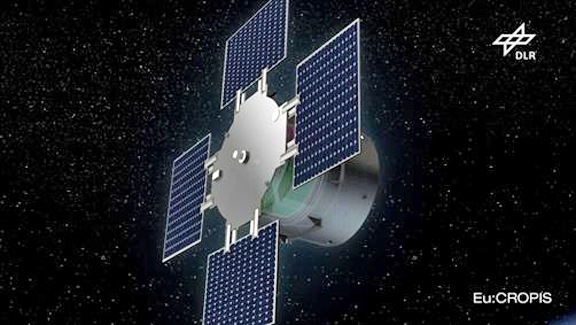 Artistic rendition of the Eu:CROPIS spacecraft.

Seeking to simulate the differing levels of gravity on Mars and the Moon, engineers at the DLR Institute of Space Systems and the DLR Institute of Composite Structures and Adaptive Systems are developing and building a 250 kilogram lightweight greenhouse satellite, designed to rotate around its longitudinal axis while orbiting at an altitude of roughly 600 kilometers. In doing so, it will replicate lunar gravity, which is 0.16 times the gravity on Earth, or 0.38 times the gravity on Mars, depending on the rotational speed. The Eu:CROPIS mission will operate two greenhouse environments. The first of the two greenhouse satellites will operate under lunar conditions for the first six months, while the second greenhouse satellite will operate in a Martian environment for the following six months. 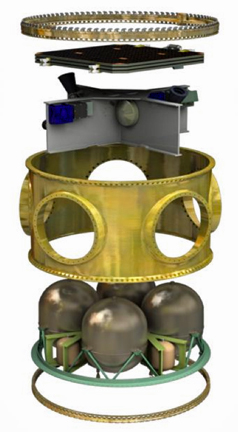 In the greenhouses, a combined life-support system will use waste product to manufacture fertilizer and help grow tomatoes for a lunar and Mars habitat, as well as for long duration missions.

Founded in 2011, Spaceflight has launched 47 satellites to date, and has more than 105 spacecrafts under contract for launches scheduled between 2014 and 2017.