The Slicing + Dicing Of The U.S. Army Continues Unabated 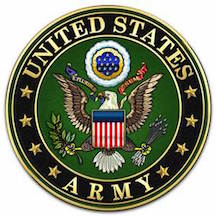 [SatNews] The Department of the Army announces force structure decisions and stationing plans for the reduction of the regular Army from 490,000 to 450,000 soldiers.

The reduction of force structure will occur in fiscal years 2016 and 2017; the reduction of 40,000 end strength will be completed by the end of fiscal year 2018, and will be accompanied by the reduction of 17,000 Department of the Army civilian employees. These cuts will impact nearly every Army installation, both in the continental United States and overseas.

As part of these reductions, the number of regular Army brigade combat teams, the basic deployable units of maneuver in the Army, will continue to reduce from a wartime high of 45 to 30 by the end of fiscal year 2017. The Army will convert both the 3rd Brigade Combat Team, 3rd Infantry Division at Fort Benning, Georgia, and the 4th Airborne Brigade Combat Team, 25th Infantry Division at Joint Base Elmendorf-Richardson, Alaska, into smaller units maneuver battalion task forces by the end of fiscal year 2017. While brigade combat teams consist of approximately 4,000 soldiers, these battalion task forces will be comprised of approximately 1,050 soldiers.

"Budget constraints are forcing us to reduce the Total Army," said Lt. Gen. Joseph Anderson, Army deputy chief of staff, G-3/5/7. "These were very difficult decisions to make as all of our installations and their communities offer tremendous value to our Army and the nation. In the end, we had to make decisions based on a number of strategic factors, to include readiness impacts, mission command and cost."

If the fiscal-caps of the 2011 Budget Control Act caps, commonly referred to as sequestration, are not addressed, the Army's end-strength will be further reduced to 420,000 soldiers by the end of fiscal year 2019. This will result in a cumulative loss of 150,000 soldiers from the regular Army a 26 percent cut over a seven year period. The resulting force would be incapable of simultaneously meeting current deployment requirements and responding to the overseas contingency requirements of the combatant commands.