DigitalGlobe has released high-resolution satellite images of the wildfires burning in Northern California. 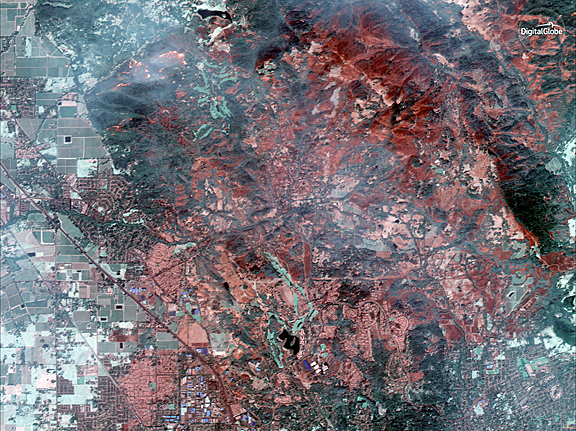 The October 10 images were collected using the Shortwave Infrared (SWIR) sensor on DigitalGlobe’s WorldView-3 satellite, which is uniquely able to pierce through the wildfire smoke to see where the fires are burning on the ground.

For comparison, the ground and the fire line are completely obstructed by smoke in the natural color image of the same area (see the larger overview image on the first slide). 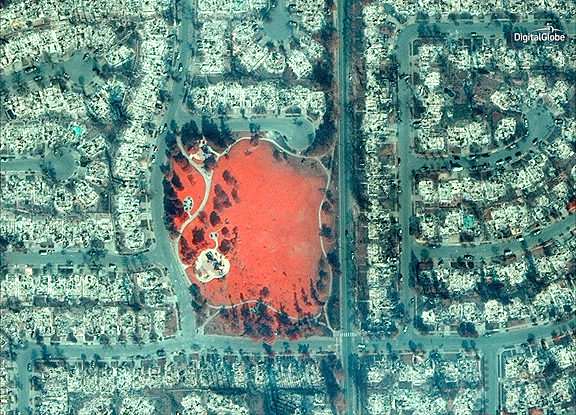 Closeup of Coffee Park area, captured by DigitalGlobe's GeoEye 1 on October 11. Image is courtesy of DigitalGlobe

The October 11 images were taken by DigitalGlobe’s GeoEye-1 satellite. Some of these are natural color, while others are shown in the Very Near Infrared (VNIR), where burned areas appear gray and black and healthy vegetation is red.

Additionally, DigitalGlobe has activated its Open Data Program, which provides imagery to support recovery efforts in the wake of large-scale natural disasters. Pre- and post-wildfire imagery of the affected areas are available to emergency responders on the Santa Rosa wildfires page. 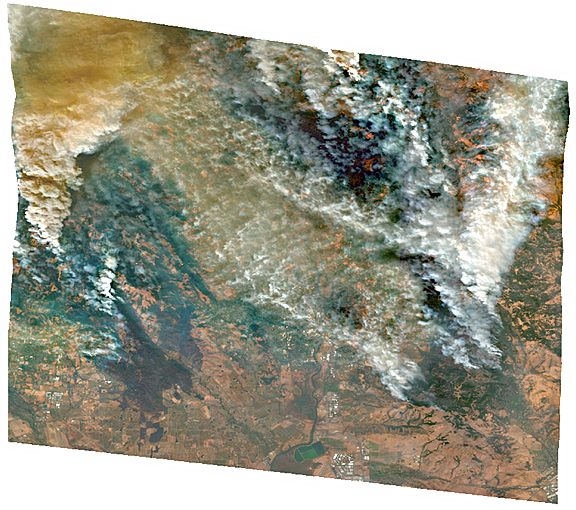 Images of these devastating fires as captured by the DigitalGlobe satellites may be viewed at this direct link...

Additionally, pre- and post-wildfire imagery of the affected areas are available to emergency responders on the Santa Rosa wildfires page.