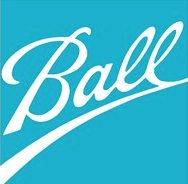 IXPE is a Small Explorer, or SMEX mission, that is part of NASA's Astrophysics Explorer Program. Dr. Martin C. Weisskopf, NASA Marshall Space Flight Center, is the principal investigator for the mission. Once launched in 2021, IXPE will measure the polarization of cosmic X-rays to improve the understanding of the fundamental physics of extreme and exotic objects in the universe.

Ball Aerospace is responsible for providing the IXPE spacecraft, mechanical and structural elements of the payload, observatory assembly, integration and test and mission operations for IXPE. Ball Aerospace will leverage its Ball Configurable Platform (BCP) heritage, a satellite bus that has a history of exceeding mission design life. The BCP has a broad spectrum of capabilities, is highly-reliable and has proven stability and pointing performance, which are essential for astrophysics missions. For example, the versatile BCP line has flown in a variety of orbits with a wide assortment of payloads, including electro-optical payloads (Kepler photometer, Deep Impact imagers, Ozone Mapping and Profiler Suite spectrometer) with high-accuracy pointing requirements such as NASA's Kepler telescope. The IXPE mission will fly the smallest BCP model, about the size of a mini refrigerator, which is similar in size to the BCP built for the upcoming launch of NASA's Green Propellant Infusion Mission.

Jim Oschmann, vice president and general manager of Civil Space, Ball Aerospace stated that the IXPE mission is an excellent example of a highly-integrated government and industry working together for a common goal. IXPE will explore, and for the first time discover, hidden details of some of the most unique objects in the universe, such as neutron stars and stellar and supermassive black holes.