World Teleport Association... The Ratings Are In... (Analysis | Report) 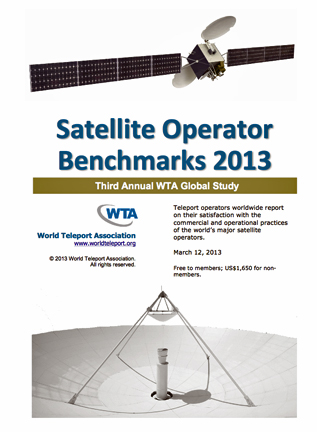 [SatNews] Teleport operators worldwide report on their satisfaction with the...

...commercial and operational practices of the world's major satellite operators in the third annual WTA global study, Satellite Operator Benchmarks. The study tracks, rates, and compares the operational and commercial performance of satellite operators, as experienced by teleport operators, with the objective of strengthening the industry by driving self-improvement across all companies. Key findings from the report include...