Planetary Resources Is Getting Closer...Partnering With The Government Of Luxembourg To Advance The Space Resource Industry

Another step closer to realizing serious partnerships in exploration of resources from asteroids.

Planetary Resources, Inc., the asteroid mining company, announced today that it has signed a Memorandum of Understanding with the Government of the Grand Duchy of Luxembourg and the banking institution Société Nationale de Crédit et d’Investissement (SNCI).

This partnership with Luxembourg’s SpaceResources.lu initiative will advance technologies and lines of business toward the exploration and utilization of resources from asteroids. Just as Luxembourg accelerated the satellite communications industry through its investments, this funding for Planetary Resources Luxembourg will accelerate the space resources industry. 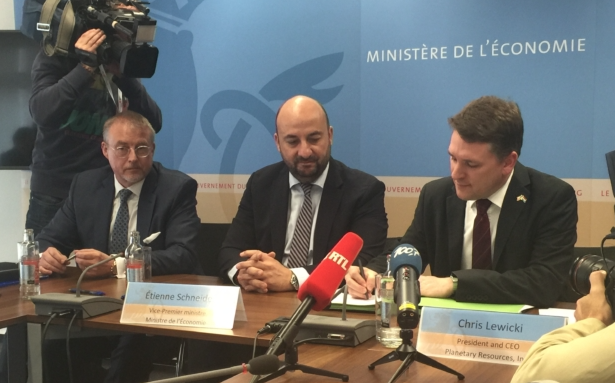 With the agreement, the Government of Luxembourg is considering a direct capital investment in Planetary Resources Luxembourg. This public equity position will be taken by the SNCI to become a minority shareholder. Planetary Resources Luxembourg plans to conduct key research and development activities. The pathway for identifying the most commercially viable near-Earth asteroids has led to the development of multiple transformative technologies that are applicable to global markets, including the agriculture, oil & gas, water quality and financial intelligence industries. The company’s Earth observation business, Ceres, will generate revenue and intellectual property in Europe and around the world which will further develop the technologies and services required for asteroid prospecting missions.

“We are delighted to begin working with Luxembourg to develop ground-breaking space technologies and services. Luxembourg has a proud history and global reputation in commercial space operations and we are honored to be working with their government, academia, and industry to further develop the limitless potential that awaits in the space resources industry,” said Chris Lewicki, President and CEO, Planetary Resources, Inc.

Étienne Schneider, Deputy Prime Minister and Minister of the Economy, Government of Luxembourg, said, “We are excited to welcome Planetary Resources, an industry leader, to work in Luxembourg and we look forward to a prosperous future together. The Grand Duchy offers an attractive overall framework for space resource utilization related activities, including but not limited to the legal and regulatory regime. Planetary Resources and its team bring in a wealth of knowledge and experience and will join the existing space sector in Luxembourg. By starting to put all this together, we will make the SpaceResources.lu initiative a success.” 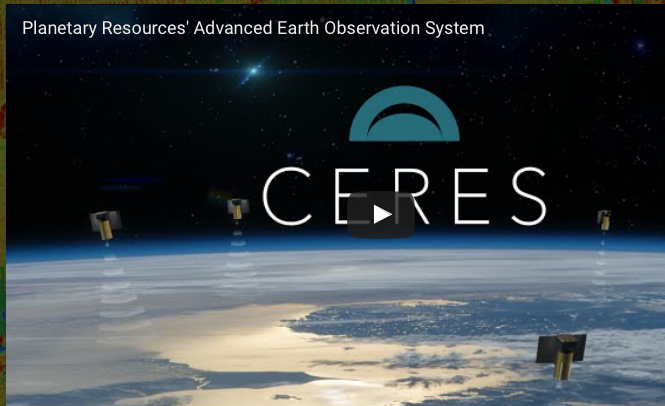 This partnership will serve to advance and build upon Planetary Resources’ substantial accomplishments. Core hardware and software technologies developed at Planetary Resources were tested last year when the Arkyd-3R satellite was deployed from the International Space Station. The company has completed its next spacecraft, the Arkyd-6, scheduled for launch later this year. This mission will validate the thermographic sensor that will precisely measure temperature differences of objects on Earth, and when deployed on future asteroid missions it will acquire key data related to the presence of water and water-bearing minerals on asteroids.