Scavenger Satellites are the Branding for China's ASATs

His analysis starts by stating rumors have been circulating for years that the Chinese Communist Party (CCP) has developed small satellites with robotic arms that could be used as anti-satellite weapons. A recently declassified Chinese report details these systems but brands them as research tools. 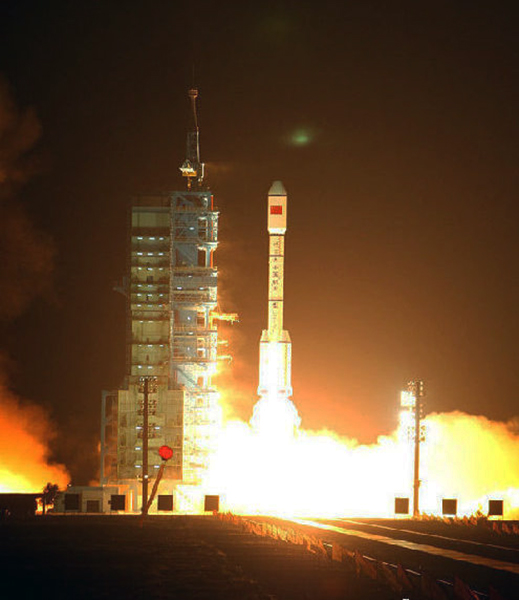 The Chinese Tiangong-1 launch by a Long March 2F launch vehicle on September 11 in 2011 from Jiuquan.
The photo is courtesy of China.org.cn.

Since 2008, the CCP has been developing the weapons, which have dual uses for both military and scientific purposes. The weapons also include artificial intelligence, according to South China Morning Post. It notes some of the smaller satellites are lighter than 22 pounds, yet have a triple-eye sensor to gauge the shapes of targets and can adjust their speed and rotation, allowing them to grab objects within a distance of six inches, using a single robotic arm.

“The scavenger satellite then fires up thrusters and steers the junk so that it can burn up while plunging through the atmosphere,” it states. “In military scenarios, they could remain attached to debris to avoid being tracked from the ground.”

It refers to the anti-satellite weapons as “scavenger satellites” and states the CCP has launched at least 10 of them over the past 10 years. Given the CCP’s track record of using disinformation, the public numbers should be taken with a grain of salt, but the fact that the regime is acknowledging the existence of such controversial weapons is significant.

It’s possible that the CCP is releasing information on these weapons at a time when the United States under President Donald Trump is beginning to take space warfare more seriously and is weighing the launch of a new Space Force as a new military branch.

Releasing the information allows the CCP to frame the perceptions around it—and so far, the reporting shows the regime is trying to brand its space weapons program as having peaceful intentions and as being similar to those of other nations.

It adds that while the CCP partly declassified the program recently, “most details remained secret because of the technology’s potential military applications.” It quotes Luo stating, “We prefer not to talk about it publicly.”

To read the entirety of Joshua's informative article, please access this direct The Epoch Times link...