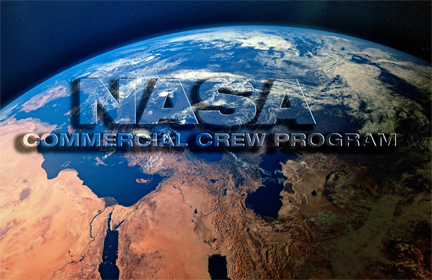 [SatNews] Spacecraft and rocket development is on pace this summer for NASA's aerospace industry partners for the agency's Commercial Crew Program as they progress through systems testing, review boards and quarterly sessions under their  Space Act Agreements with the agency. 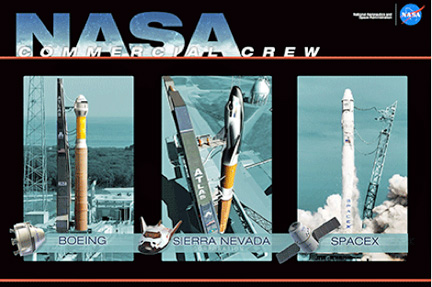 NASA engineers and specialists continue their review of the progress as the agency and partners move ahead with plans to develop the first American spacecraft designed to carry people into space since the space shuttle.

"Our partners are making great progress as they refine their systems for safe, reliable and cost-effective spaceflight," said Kathy Lueders, manager of NASA's Commercial Crew Program. "It is extremely impressive to hear and see the interchange between the company and NASA engineering teams as they delve into the very details of the systems that help assure the safety of passengers."

The next milestone for Blue Origin will be a subsystem interim design review that will assess the progress of the company's Space Vehicle design. The Boeing Company, which is designing the CST-100 spacecraft, has two reviews later this summer. A full critical design review (CDR) will examine the detailed plans for the spacecraft, launch vehicle and a host of ground support, processing and operations designs. The second review will come soon after—the Spacecraft Safety Review is designed to show the design of the spacecraft and its systems are in line with Boeing's CDR-level design.

Sierra Nevada Corporation completed risk reduction testing on the flight crew systems in development for its Dream Chaser spacecraft. The team evaluated crew ingress and egress using the full-scale mockup of the Dream Chaser pressurized cabin, as well as the visibility from inside the cockpit, controls and displays and seat loading. The company reviewed tests conducted on the thermal protection system for its spacecraft as well as the composite structure, life support system and thermal control systems. Later this summer, the reaction control system will undergo an incremental test to further its design.

SpaceX currently is completing a qualification test milestone for the primary structure of its Dragon spacecraft. Following this milestone, the company, which is using its own Falcon 9 launch vehicle, will outline its ground systems, crew and mission operations plans in an operational review that will put the company’s processes through a rigorous examination.

Later this year, NASA plans to award one or more contracts that will provide the agency with commercial services to transport astronauts to and from the International Space Station by the end of 2017.