XTAR, LLC's announced the results of a July demonstration at Fort A.P. Hill, Virginia, which was designed to provide a SATCOM on the move (SOTM) data link from a SOTM terminal to a hub Earth station at a data rate greater than 25 Mbps.  The goal was to show that high data rates can be achieved from small SOTM terminals without the use of High Throughput Satellites.  XTAR partnered with Honeywell, Leidos and Newtec to conduct this demonstration. 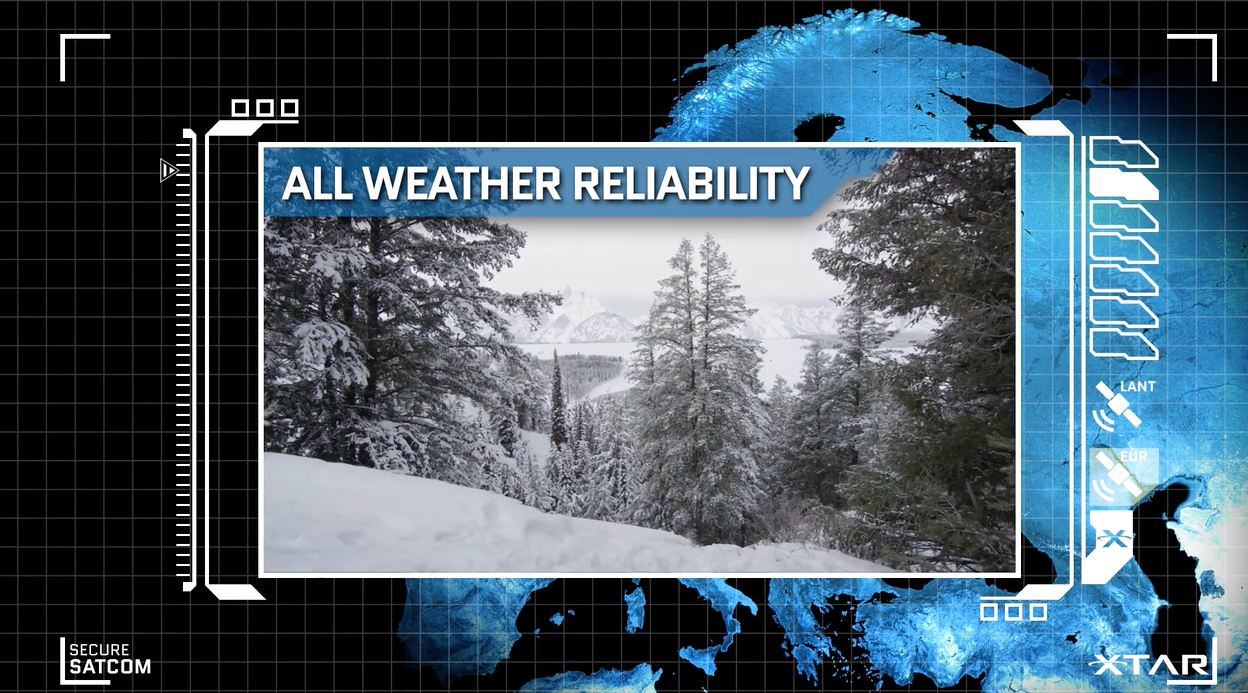 For the demonstration, XTAR used Honeywell’s Wavestorm AS-X, which is a low profile slot array antenna, suitable for either airborne or ground-based applications. The satellite used for this demonstration was the XTAR-LANT satellite located at 30 degrees W longitude.  XTAR-LANT is an X-band satellite, compatible with WGS terminals, with both global and spot beams.

A 26 Mbps satellite link was achieved between the terminal and a fixed 3.9m ground station. A 2 Mbps data link was transmitted from the fixed ground terminal to the SOTM terminal. The required space segment for the demonstration was 38.2 MHz with bandwidth efficiency of 0.73 bits/Hz, which is considered exceptionally high performance for a terminal of this size. As heavy rain began to fall, the satellite link held strong.

Jay Icard, President and Chief Executive Officer at XTAR said that these results are yet another confirmation of the power of X-band.  The frequency is efficient with small terminals, works well in mobile situations and remains strong in rain, wind or dust storms.

Results from this demonstration were similar to those conducted at Bridgewater, Virginia in October, 2017 and strengthen the company’s offering to its users. As Kelly Nicklin, Vice President Sales and Marketing explains that less bandwidth translates into lower costs which is important for their customer.  XTAR only serves the government user who requires cost efficiency combined with resilient performance.