According to Euroconsult’s latest report, FSS Capacity Pricing Trends, the combination of oversupply from the addition of traditional satellite capacity in certain areas along with the unrelenting rollouts of HTS capacity has resulted in new pricing references in most geographies and market segments across the FSS sector 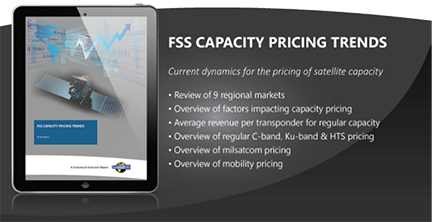 While data-oriented markets have been the most exposed, with double-digit capacity pricing declines over the last two to three years, video applications have also been impacted. Other factors have included consolidation among service companies in certain segments, resulting in larger capacity buyers with more bargaining power, and heightened competition from a growing pool of national satellite operators. 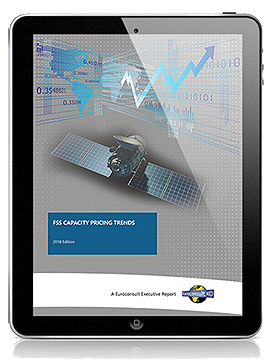 Pacôme Révillon, the CEO of Euroconsult, said that while prices lower than $1,000/MHz/month have been reported, even for traditional (regular) capacity, in some geographies or use cases, prices of up to $7,000 can still be found. Still, reference regular capacity pricing has now fallen below $2,500 for data applications in nearly all regions, while pricing for HTS capacity primarily stands between $100-$500/Mbps/month, with the exception of certain premium services.