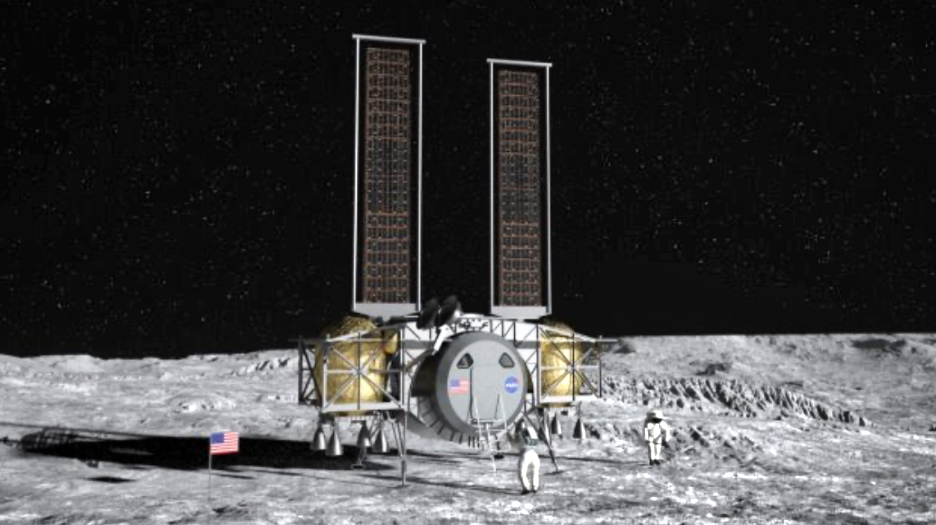 Maxar will support Dynetics in designing and building a lunar human landing system for NASA. Image is courtesy of Dynetics.

Maxar Technologies (NYSE:MAXR) (TSX:MAXR) has been selected to support Dynetics, a wholly-owned subsidiary of Leidos, in designing and building a Human Landing System for NASA’s Artemis program, which will send the first woman and the next man to the Moon by 2024 and enable future crewed missions to Mars.

Dynetics’ Human Landing System will be designed to deliver two astronauts from lunar orbit to the lunar surface and back, including surface habitation for about a week. As part of the Dynetics team, Maxar will deliver a broad range of services and hardware solutions that will enable power, control, communications, robotic manipulation and thermal optimization for the Human Landing System. Maxar will also provide engineering and mission operations support.

Maxar’s role on Dynetics’ Human Landing System team expands the company’s significant contributions to NASA’s Artemis program. Maxar is developing the Power and Propulsion Element for the lunar Gateway that will enable a sustainable human deep-space presence in collaboration with international partners. And the company is building a robotic arm called SAMPLR for Masten Space Systems’ XL-1 unmanned lunar lander that will deliver nine technology demonstration experiments to the lunar south pole in 2022.

Megan Fitzgerald, Maxar’s SVP and GM of Space Infrastructure said the company is proud to contribute to these critical pieces of NASA’s Artemis program. By partnering with U.S. industry and leveraging innovative, flight-proven commercial technologies, NASA is accelerating this new era of American leadership in space.

Kim Doering, VP of Space Systems at Dynetics, noted that the firm is excited to lead this expert team of subcontractors that will return Americans to the lunar surface. This team has a proven history of technical excellence, and their contributions will greatly benefit the future of space exploration.