SATCOM to be Used by Australian Firm to Monitor Wind Farms


Jim Plouffe, the Publishing Editor of The Lead infosite, is reporting that final trials of listening devices that monitor the health of wind turbines and use satellite communication to transmit data will take place in the coming months ahead of a commercial launch mid year. 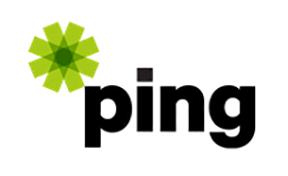 Adelaide, Australia,-based startup Ping was awarded an $A170,000 Australian Government Accelerating Commercialization grant last week to help trial, upscale, connect and launch its device on domestic and international markets after six years in research and development. The Ping Monitor is a world-first application of aero-acoustic analysis to help continually detect wind turbine blade damage and has the potential to replace or reduce drones and maintenance crews that routinely inspect wind turbines, sometimes long after a problem has occurred.

An initial, portable, Ping Monitor was launched in September of 2018 but a new solar-powered version that is fixed magnetically to the turbine pole about two-meters above ground or sits off the ground alongside the turbine will be launched mid year. The 2.0 version will also benefit from a collaboration between Ping and South Australian IoT satellite communications company Myriota, enabling the acoustic monitor to transmit data into the cloud from almost anywhere on Earth regardless of cellular network connectivity. 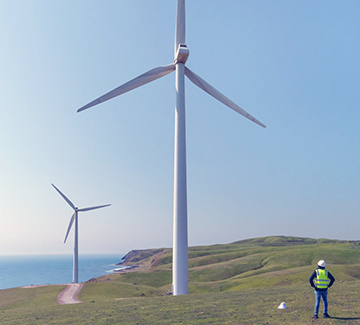 Ping Monitor at the Starfish Hill wind farm in Australia.
Photo is courtesy of the company.

A Ping Monitor version 2.0 and associated solar panel will use magnets to affix to turbine towers. There are about 400,000 active wind turbines in the world with blades up to 80 meters long that spin up to 300km/h.

Ping CEO Matthew Stead said pilot trials of the updated monitor are being conducted in Australia, the United States and follow extensive version one trials last year that tested analytics and fault detection algorithms. He said the South Australian company had already generated interest among a number of local investors. “What we are doing is dramatically different, it’s continuous sound wave monitoring so it’s definitely exciting times – it’s going to be a big year. We’re calling this an Intelligent Listening Platform and what we mean by that is our device can be applied to a whole range of scenarios such as surveillance, listening for aircraft or drones you don’t want to be there and monitoring for the presence of predators such as wild dogs on farms.”

The key piece of technology in the patented device is the algorithm that can rate the health of the turbine based on its acoustic signature on a scale of one to five and monitor changes over time. Stead said there were 3,800 blade failures globally, per year, that cause as much as $5 billion in damage. He said sources of damage included lightning strikes, hail, sand, rain, wind and accelerated wear in coastal environments. “We’ve seen some sites where they’ve got damage that they didn’t know about for a year or another site hadn’t been inspected for three years — you don’t really want the damage getting worse over time,” Stead said.

Fellow South Australian startup Myriota has been scaling up since the company was spun out of the University of South Australia in 2015 and last year raised $15 million through a Series A funding round, with Boeing HorizonX Ventures among the contributors. The company launched its fourth, next generation smallsat on Spaceflight’s SmallSat Express mission aboard a SpaceX Falcon 9 in December of last year. Myriota last month announced a collaboration with another Australian company to connect mass-market water-level sensors to its low-cost, earth-to-satellite transmission technology, enabling farmers to receive water level data direct to their mobile phones.

Ping has been part of the first cohort of the Venture Catalyst Space program run by the University of South Australia at its Innovation and Collaboration Center. Stead said he hoped to move the company to Lot Fourteen, a former hospital site in the center of Adelaide that is being transformed into an entrepreneur and defence hub, alongside existing tenants Myriota and the new Australian Space Agency.

South Australia has been a major player in the nation’s space industry and is home to major Tier 1 defence companies and several emerging space start-ups, including Fleet Space Technologies and Southern Launch, which is establishing a launch facility in the state’s northern area.