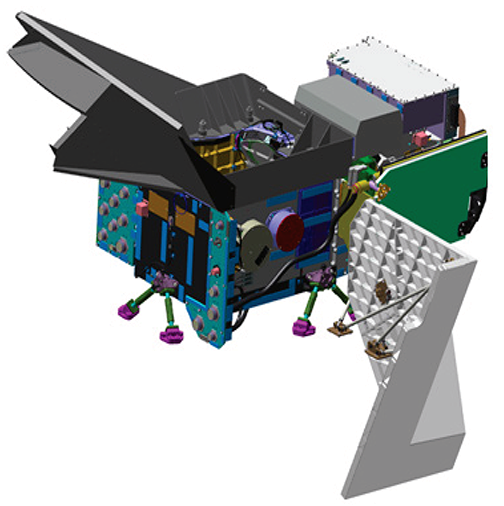 The Harris-built TANSO-FTS-2 (Thermal and Near Infrared Sensor for Carbon Observation-Fourier Transform Spectrometer-2) will measure greenhouse gases in the atmosphere. The newly built instrument will collect high-spectral resolution data of the Earth in five bands, which enables measurement during daylight and darkness. The instrument’s unique intelligent pointing system identifies, in real time, cloud-free areas of the atmosphere — greatly increasing the amount of usable data.

Harris provided the sensor to Mitsubishi Electric Corporation, which is building the satellite for the Japanese Aerospace Exploration Agency. The satellite is scheduled to launch in Japan’s 2018 fiscal year.

This represents the third instrument Harris has delivered to Japan in recent years, including two advanced imagers for the Himawari-8 and 9 weather satellites, which launched in 2014 and 2016.

Roberto Mitrevski, VP and GM, Harris Environmental Solutions, noted that GOSAT is the cornerstone of Japan’s space-based climate program. The Harris instrument will provide Japan with improved measurement capability and positions us well for follow-on GOSAT and other missions.