[SatNews] Indra has been awarded a contract for the deployment in Papeete (French Polynesia) of a new Telemetry, Tracking and Command (TT&C) Station, which will expand the ground segment of the European global positioning system, Galileo.

This contract was awarded by the company Airbus Defence and Space in the UK, under a program of, and funded by, the European Union. The project also includes the maintenance and evolution of all TT&C stations until 2016 for a global amount of 7.3 million euros. The new station in Papeete will enhance Galileo's ground segment so that it can assume the control of a constellation of satellites that will grow from the eight currently in orbit to 30 satellites by 2020, upon the system's completion. 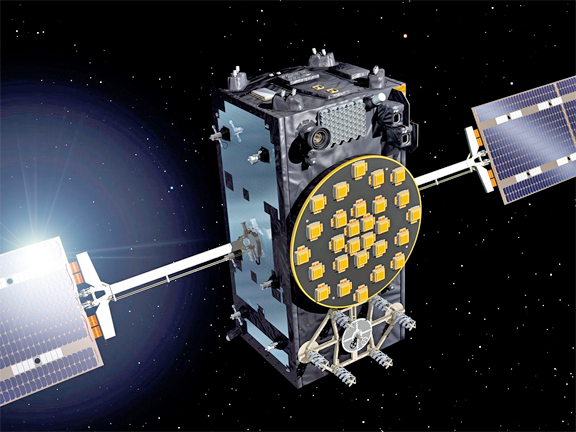 Artistic rendition of a Galileo satellite.

Indra has won this contract after having implemented the entire current network of TT&C and Uplink stations, which manage the satellites of the Galileo system. The ground stations, together with the control centers in Germany and Italy, are the ground segment's key components.

Indra, overseen by Chairman and CEO Fernando Abril-Martorell, is one of the world's largest consultancy and technology multinationals, a leader in Latin America and Europe. The company provides business solutions, IT services and comprehensive systems to clients all over the world. Indra has a standout business model based on proprietary solutions (representing close to 65% of 2014 revenue), that serves leading clients in numerous countries. In 2014 it posted revenue of 2,938 million euros and had 39,000 employees, a local presence in 46 countries and projects in 149 countries.