Raytheon Company (NYSE: RTN) will help the U.S. Air Force (USAF) modernize its missile warning architecture with a new system that will collect and fuse data from an array of sensors to provide a comprehensive picture of launch activity under a 5-year, $197 million contract.

To help with this mission, Raytheon Intelligence, Information and Services has developed a completely open framework — which the USAF calls the Future Operationally Resilient Ground Evolution (FORGE) Mission Data Processing Application Framework (MDPAF) — that will be capable of processing Overhead Persistent Infrared (OPIR) satellite data from both the U.S. Air Force's evolving Space Based Infrared System (SBIRS) satellite constellation and the future Next Gen OPIR constellation, as well as be capable of processing data from other civil and environmental sensors. 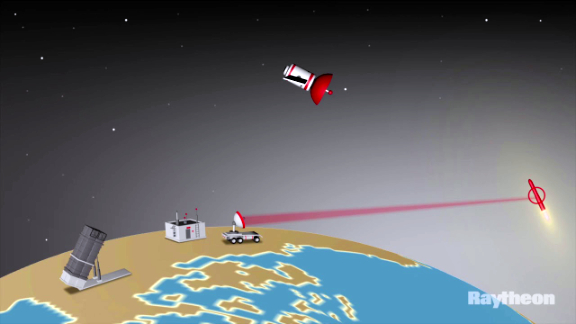 This is a significant departure from previous satellite ground control programs. Typically, companies would develop a system that collects and exploits data from specific types of satellites or sensors. FORGE changes this model as it's able to collect data from nearly any type of satellite or sensor, and then helps operators make sense of that data quickly.

One of the key benefits of incorporating new applications is that the system can be used beyond its intended mission. For example, an application could be built that would allow civil agencies to use the same satellite data to help detect forest fires, volcanic activity, agricultural changes, even surges in electric power consumption.

Raytheon will work with the USAF over the upcoming years to further evolve and prove the framework's capabilities.

Dave Wajsgras, President of Raytheon IIS (Intelligence, Information and Services), said the U.S. government's global satellite network produces a constant flood of data — petabytes and petabytes of it every day. The Air Force wants to open that network up so they can use as much of that data as possible. That's a huge transformation not just for the service, but for the entire government. Essentially, this is a smartphone model. Raytheon has built an operating system that everyone can build applications for – from Raytheon to the Air Force to universities to small companies. These applications allow the system to process specific types of data.