Costa Rica + Intelsat... There Was Nothing There... (SatBroadcasting™) 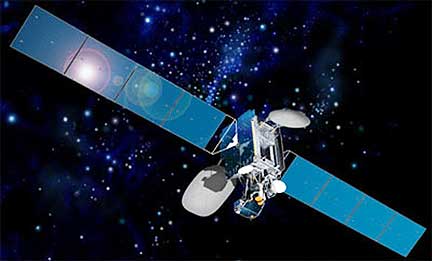 Artistic rendition of Intelsat's IS-9 satellite
[SatNews] According to the Inside CostaRica news site, both Tigo (Amnet) and CableTica lost their signal...

...last Sunday for the channels Sony, WarnerTV, AXN, HBO and other channels due to a technical failure caused by the Intelsat 9 satellite. Screens were blank for most of the day Sunday, the problem starting at around 6:00 a.m., with service restored shortly after 3:00 p.m. on the same day.

The Intelsat 9 satellite, which provides data and media services to customers primarily in Mexico, Central and South America, experienced a service interruption, with functionality now re-established—Intelsat operations are currently working with all affected customers. The failure affected several services in Latin America. The replacement satellite IS-21 is scheduled for a mid-August launch.