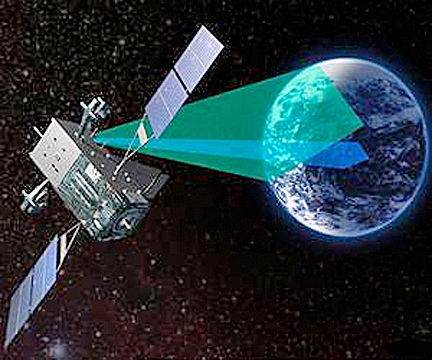 [SatNews] The U.S. Air Force has announced that on November 25th, 2013, that the second Space Based Infrared System (SBIRS) Geosynchronous Earth Orbit satellite (GEO-2) had achieved Air Force Space Command Operational Acceptance.  GEO-2 is part of the constellation that continuous missile warning for the U.S. and its allies.

The SBIRS GEO-2 spacecraft launched successfully from Cape Canaveral Air Force Station, Florida, March 19, 2013.  The satellite was originally scheduled to enter the operational trial period 12 months after launch, but the program implemented a number of efficiencies based on GEO-1 lessons learned. As a result, the combined test team was able to improve on the original schedule by five months and GEO-2 entered its trial period Oct. 21, 2013, with no liens.  Overall, the GEO-2 satellite's performance matches that of GEO-1 and in some cases exceeds it.