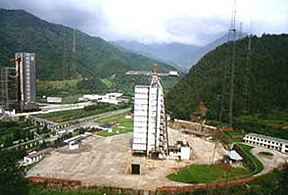 China's Jiuquan Satellite Launch Center
[SatNews] An orbiter is going to head into space... The Xinhua News Agency is reporting that China's Jiuquan Satellite Launch Center will launch an experimental orbiter in the coming days. The orbiter, SJ-11-02, will be carried into space by China's Long March II-C rocket, said a press release provided by the center. Currently, the Shijian series satellite and rocket are waiting for the right conditions for a launch. All preparations for the launch were going smoothly, according to the press release, which offers no further details.